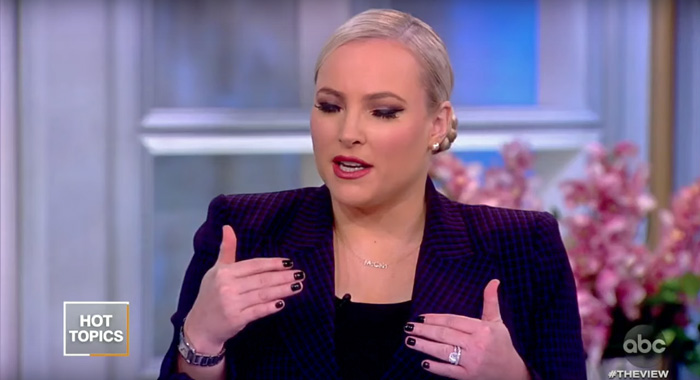 If you somehow missed the insane highlights of former US Ambassador to Ukraine Marie Yovanovitch’s testimony to the House impeachment inquiry, let me nutshell it for you: Around November or December 2018, Yovanovitch caught wind that super subtle crime-doer Rudy Giuliani was up to shady shit in Ukraine including figuring out a way to get Yovanovitch out of the picture. (She was an Obama appointee who was big on anti-corruption. Can’t have that!) The situation quickly snowballed into Yovanovitch being publicly attacked by Donald Trump Jr. and Sean Hannity while the State Department sat on its hands until, eventually, Yovanovitch was fired by the president in April. At that point, officials warned her to immediately flee Ukraine on the next plane because Trump was about to tweet something about her that would make her life hell, as our very stable president so often does.

But wait, there’s more! Yovanovitch came up during Trump’s July 25 call with Ukrainian President Zelensky, and needless to say, she wasn’t exactly thrilled to be the topic of an ominous as f**k conversation. Via Vox:

“The former ambassador from the United States, the woman, was bad news, and the people she was dealing with in the Ukraine were bad news, so I just want to let you know that,” Trump said. He later added, about Yovanovitch: “Well, she’s going to go through some things.”

“She’s going to go through some things,” are words you really don’t want to see associated your name, especially when they’re coming from a president who runs his administration like the goddamn mob and while he’s attempting to goad a foreign country to illegally tamper with a general election. That’s a story that usually ends with someone drinking irradiated tea. But you know what it’s also like? That one time Trump said a mean thing about Meghan McCain. The situations are practically identical! Via Raw Story:

McCain recalled when then-candidate Trump tweeted out an attack on her for critical comments she made as a commentator on the Fox News program “The Five.”

“I haven’t been threatened by the president, but I’ve certainly been — this is serious, Joy,” McCain said. “When I worked at Fox he tweeted for me to get fired because I was so terrible.”

She said the experience was alarming, because some Trump followers take his attacks as a directive.

“When President Trump says something about you and zeros you out, it is very scary,” McCain said, “and I know from experience, it is very intense. His supporters come out like (hordes) of zombie apocalyptic people coming to get you. It’s very scary.”

Wow, goddammit. Unlike 99.9% of the times when Meghan opens her Jell-O shot-hole, she kinda has a point. Trump does have a very dangerous and rabid base who can very easily start Civil War II if he’s removed from office. We’re living in a time where folks like Paula White are out here basically declaring him a God-King.

‘To say no to President Trump would be saying no to God.’ — Trump’s faith adviser and ‘Righteous Gemstones’ character come to life Paula White is now an official White House employee pic.twitter.com/N88UjKjGni

The thing is, that’s the situation now, but one could argue that it reached that crescendo pretty damn quickly once Trump locked down the Republican nomination. However, it’s hard to say that Trump was the demagogue he is today back in 2015 when he insulted Meghan. I mean, Christ, the tweet barely got 2,000 likes, which is pocket change compared to the president’s current numbers.

.@MeghanMcCain was terrible on @TheFive yesterday. Angry and obnoxious, she will never make it on T.V. @FoxNews can do so much better!

So here’s what happened after this tweet went out, and surprisingly, it doesn’t involve Meghan fleeing a foreign country and being the topic of conversation during an impeachable offense. I’m as shocked as you are.

1. According to The Daily Beast, Meghan retweeted it! She did what any sane person would’ve done in September 2015 by laughing it off and going, “Ha, look at this sad moron who thinks he’s going to be president.”

2. Meghan spent the next two years working for Fox News and voluntarily left to spend time with MY FATHER™ after his cancer diagnosis.

Just to emphasize how pleasant it was to be “targeted” by the president, I genuinely feel bad doing the MY FATHER™ schtick because that’s one of the few times where Meghan had every reason in the world to invoke his name. But my point is that Yovanovitch’s testimony clearly wasn’t the time nor place for Meghan to do her mayo flex where everything is about her, so naturally, she went right for it.

Of course, nothing compares to Meghan literally sitting out the rest of the show because Jane Fonda was the guest, and that’s how you bury a lede, folks. Look how far down it is! Half of you won’t even make it this far, which is a shame because Meghan left Abby Huntsman to die. She’s dead now. Jane Fonda killed her.

← Review: SundanceTV's Gaslighting Drama 'The Cry' Will Mess You Up | How 'Joker' Became the Highest-Grossing R-Rated Movie Ever and What it Means for the Future →