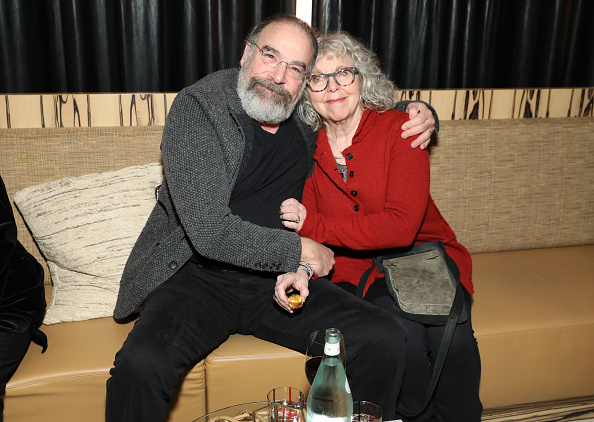 If you Google Mandy Patinkin, the first suggested search that comes up is, “Is Mandy Patinkin a nice guy?” and the answer, at least according to Mandy Patinkin himself, is: Not always. By his own admission, he used to “behave abominably,” and he’s infamous for walking off the set of Criminal Minds never to return.

I choose to believe, however, that Patinkin’s less-than-pleasant behavior is all in the past, because he and his wife were social-media bright spots leading up to the 2020 election, and his episode of WTF with Marc Maron earlier this year was genuinely one of the most pleasant listens of 2021. He’s affable, and wise, and incredibly self-deprecating, which is why I also choose to take his own self-assessment with a grain of salt. Plus, he and his wife are basically #marriagegoals. They’ve been married for 41 years and still enjoy the hell out of each other’s company, and the way he talks about his adult kids also makes him #dadgoals.

He’s also not particularly keyed into the world of Hollywood, which is to his credit. To wit: Here, Patinkin and his wife, Kathryn Grody, are asked by their son to name five actors who played Batman. Patinkin, adorably, struggles to come up with even one actor. Even then, while his name is on the tip of his tongue (“he’s one of my favorite actors”), he’s unable to identify the actor even with a “sounds like” clue from his son, and despite the fact that he almost worked with him at one point. It is brilliantly Tig Notaro-esque, and I think I love this man. If Tom Hanks is America’s Dad, Mandy Patinkin is America’s zaydee.

← Box Office Report: 'A Quiet Place Part II' Reclaims the Top Spot as 'In The Heights' Opens Soft | 'The Morning Show' Season 2 Trailer: Out of the Ashes of Unreasonable Expectations →