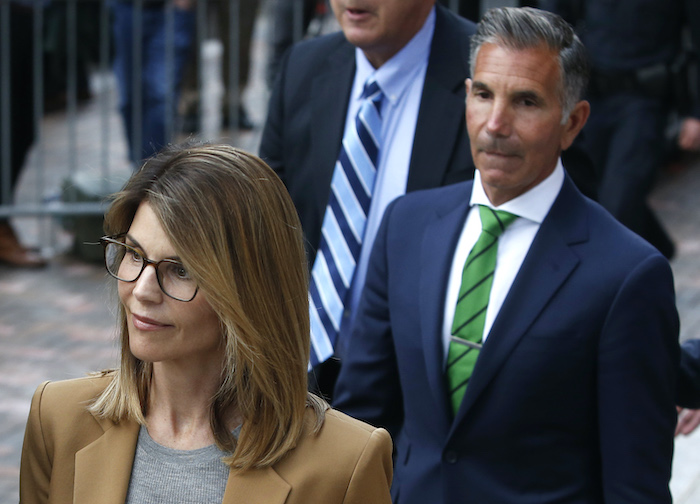 Lori Loughlin May Have a Legitimate Plan to Avoid Prison

As you may know, I watch a lot of reality TV. This means I watch a lot of rich people do really stupid shit and then blag their way out of the situation in ways that are neither clever nor impressive, and yet, it tends to work for them. That’s America, baby! So I’m here today to tell you that Lori Loughlin (and her crime hat) have a strategy to avoid prison, and honestly? It’s not a bad one, but it is a morally bankrupt one cuz she’s guilty as hell (in my personal opinion as someone who watched a lot of SVU.)

Aunt Becky and her husband got thrown a real bone because according to the gumshoes over at People.com, the man at the center of the pay-to-(not really)-play college scandal was told to lie by the FBI to his clients.

Yes, I’ll let the hard-hitting article over at People.com explain:

On Feb. 26, the couple’s attorney Sean Berkowitz filed a motion to have their upcoming trial date postponed due to newly released claims that scam mastermind Rick Singer was told by the FBI to lie about whether parents knew they were paying bribes.

Berkowitz states in the court documents that “Singer’s notes indicate that FBI agents yelled at him and instructed him to lie by saying that he told his clients who participated in the alleged ‘side door’ scheme that their payments were bribes, rather than legitimate donations that went to the schools.”

If my years of watching Matlock reruns taught me anything (and it didn’t really, other than to call someone a jackass while I ate a hotdog) it seems that Lori Loughlin has plausible deniability to say that she never knew she was actually paying bribes to this guy because he was told to lie to the FBI to implicate everyone, even if they were never specifically told they were paying bribes.

So…let’s be honest. It’s very hard to fathom a situation where someone didn’t know what they were doing was wrong. They just thought their money could buy their way out of it.

Here’s the kicker though. I think this might work. America loves letting famous people off the hook almost as much as it hates the thought of anyone who isn’t an old white man being president.

The People.com article did note that Berkowitz’s motion to postpone the trial was denied and they’re going to trial Oct 5th, but again, if LA Law taught me anything, it’s to always look into an elevator before I step into it. However, if it taught me two things, it’s that you only need one juror to think you’re not guilty to not go to prison, and it seems like these rich assholes got thrown a bone that could make their dream of never having to be responsible for their actions, a reality.

← Reddit's Saved You A Click Is Truly The Hero We Need Right Now | 'Love is Blind' Reunion--How Hard Did Amber Come for Jessica Over Barnett? →