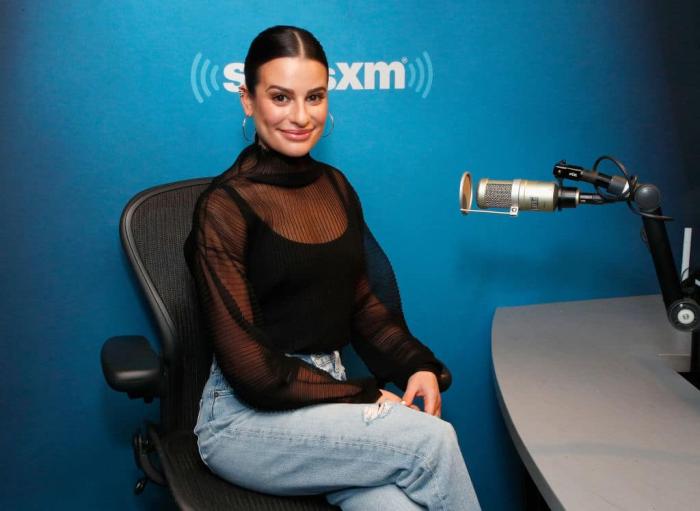 In the world of celebrity, it is common to hear bad stories about certain actors or musicians or whatever. Indeed, it is decidedly uncommon to hear nothing but glowing reports and first-hand experiences unless they’re Tom Hanks. Everyone has their stans, their defenders, their ride-or-die devotees who will insist that all those negative Nancies are just jealous or liars or whatever. So, it’s always fascinating when a celebrity exists for whom there is nothing but negative stories. I’m not talking about the middling ‘oh I heard they weren’t nice once’ anecdotes; I’m talking about the people who cannot wait to let you know how much someone sucks and how those stories are all you hear about the offender in question.

Stories of how the former Glee star is the absolute worst has been the stuff of both Hollywood and Broadway gossip lore for well over a decade now. Our friend Courtney wrote about some of the gossip way back in 2011, including allegations that she was rude, hated by her co-stars, loathed sharing the spotlight and was essentially blackballed from New York theater after Spring Awakening. It speaks volumes that someone with her voice and talent went from being on one of the biggest T.V. series of the mid-2010s to essentially being persona non grata in the business. Now, it’s dragging time, and her former co-stars are not having any of her bullsh*t.

On May 29, Michele sent out this tweet related to the death of George Floyd and the Black Lives Matter movement.

George Floyd did not deserve this. This was not an isolated incident and it must end. #BlackLivesMatter

LMAO REMEMBER WHEN YOU MADE MY FIRST TELEVISON GIG A LIVING HELL?!?! CAUSE ILL NEVER FORGET. I BELIEVE YOU TOLD EVERYONE THAT IF TOU HAD THE OPPORTUNITY YOU WOULD “SHIT IN MY WIG!” AMONGST OTHER TRAUMATIC MICROAGRESSIONS THAT MADE ME QUESTION A CAREER IN HOLLYWOOD… https://t.co/RkcaMBmtDA

And lo, the floodgates opened and the Gleeks of yonder decided to let it all hang out. It was amazing.

did somebody say cockroaches? because that’s what she used to refer to the background as on the set of glee. but we grow up and we don’t stay background forever sooooo…

GIRL YOU WOULDNT LET ME SIT AT THE TABLE WITH THE OTHER CAST MEMBERS CAUSE “I DIDNT BELONG THERE” FUCK YOU LEA https://t.co/s4NoLdtqRs

Lea treated me so subhuman i left the set of Glee. Pass the 🍿 https://t.co/LKCHadWLqI

Boy, it’s almost like Michele has a problem with Black and LGBTQ+ people or something.

It didn’t stop there either. Broadway people have been waiting a LONG time for this moment and they didn’t disappoint.

THE STORIES… EVERYONE I know in LA has one. Hell, I live in NYC and I have one!

When we filmed this scene the entire crew was SO HAPPY. Finally got to watch her get hit by eggs for 7 hours of filming over and over and over again pic.twitter.com/7FnRJVHscZ

She’s the exact opposite of the “no one has a bad word to say about her.”

Lea Michele snarled at me outside the Spring Awakening stage door in 2006 because my outfit (a shirt and jeans) was distracting to her performance and I had been sitting in one of the onstage seats. None of these tweets surprise me but her cancellation does delight me! Bye to Lea

Both times were pre-GLEE. I CAN ONLY IMAGINE HOW HER EGO GREW.

After she bolted, the other 2 Bway divas (NICE AS COULD BE), threw her dressing room star in the toilet. pic.twitter.com/MqwM8yq7JF

I’ve seen a couple of Michele stans — I assume they are the last of their kind — claiming that it’s sexist and bullying and another sign of cancel culture that Michele is being ‘targeted’ like this. First of all, she was the one who had the gall to position herself as a BLM ally after YEARS of attacking her Black co-stars. Second, what the hell is there to cancel? She hasn’t been in a movie since 2014, her Christmas album didn’t exactly set the Billboard charts a-blaze, her last T.V. show got canceled after one season, and she hasn’t returned to Broadway since Spring Awakening. Booked and busy she is not, especially when compared to former Glee co-stars like Newell, Riley (who won an Olivier Award for Dreamgirls), and Benoist.

If the hellfire of 2020 has shown us anything, it’s that we have way less patience for celebrity bullsh*t than we used to. We don’t want or need performative activism or allyship, especially when we know it’s just another facade to shield from years of publicly known stories of bullying, rudeness, and outright racism. Michele has clearly already experienced the consequences of her own behavior in the industry — something that is, in and of itself, a pathetic rarity — but now it’s out there for all to see.

Also, her belt is totally reedy and her voice isn’t as robust as it needs to be to hit those high notes.