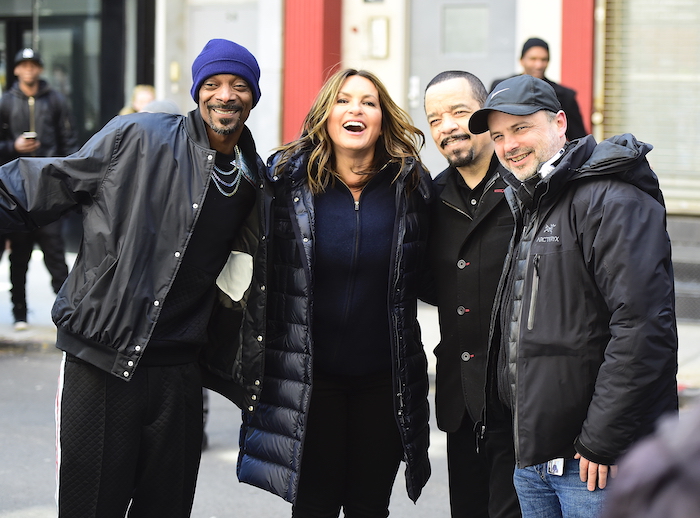 Sorry Lenny Briscoe fans, Mariska Hargitay is the best thing to ever happen to the Law & Order Universe (with Ice-T a very close second) and Pablo Schreiber is the god*mned worse. I’ll explain.

I have watched this show, religiously, since it premiered 20 years ago (September 20th, 1999, baby!) and over the course of my time at Pajiba, I have occasionally written about it, including the best episode of television, ever, where Cragen pulls a monkey out of a basketball.

The point is, I lay out my credentials to you now so you know that first and foremost I am a fan. SVU is my Friends. By that I mean it is the show I have on, in the background, almost constantly. I have seen every episode at least once, and many, 5+ times (I tend to favor the Stabler years, but that doesn’t mean the post-Stabler years don’t have some excellent drama. However, it does not have John Stamos getting basically blown up by a diving knife, so we know which years are better here.)

The show has had many more hits than misses, including the time that guy went on a murderous spree in Manhattan, only for the reason to turn out to be he has a severe case of syphilis that has basically eaten away at his brain. We also must acknowledge the amazing episode where a child molester is murdered and somehow the episode’s trial ends up putting a toy company executives on trial for putting lead paint on their toy cars, which our murderer sucked on as a child and was never quite right afterward. SVU is best when it starts at one point and ends up all the way over in Bananatown population: clown-rabbits. Basically, when the episode is a masterclass in “WTF, did that just happen?! Did the gymnast really turn out to be two children standing on top of each other who murder because their cult leader told them to?!”

Mariska Hargitay’s Olivia Benson is the lynchpin that keeps this entire train on the tracks (had she left at the end of season 12 and not Stabler, I have no doubt in my mind that the show would have only run for one more season.) Her empathy and dogged pursuit in doing right by victims is the stuff fairy tales are made of. She always believes, she never blames, and what keeps her up at night is letting a perp get away. She is the best, hands down.

However, there is a certain type of episode that I call “Olivia Benson Torture Porn” that is the worst, which is where Pablo Schreiber fits in. See, his character, William Lewis, was the bogeyman to Olivia Benson. He stalked, tortured, and generally abused her over the course of 7 episodes and 2 years and he was the f*cking worst. He was not the worst in a way that made him compelling to watch. No, he was the worst because it was clear that the male showrunner thought that it was time Olivia met her match and of course a generic white guy had to be that guy. William Lewis was supposedly smart, strong, and vicious, but really, he was a f*cking bore. As the show has gotten older, they realized that putting Olivia into perilous situations where she might get raped is a way to, I don’t know, heighten the drama? Personally, I find it super f*cking lazy.

I mean, sure, William Lewis ultimately dies (by his own hand, because god forbid Olivia get the kill-shot here) but not before he caused chaos and violence across multiple episodes, and to what end? What’s the point of putting our hero in harm’s way, if not to just remind her where her place really is?

Some people may find the William Lewis storylines engaging, but personally, that’s not why I watch the show. I watch for the knowingness that the bad guys will, in the very least, be named and shamed, if not put away. That victims will be heard, believed, and that the people in charge will do their best to do right by them. I don’t need to see some dumbass super-villain murder a bunch of people, and torture them in sadistic ways—there’s no catharsis there. It’s just a reiteration of the garbage fire real life can be, especially for women.

Unfortunately, the showrunner, Warren Leight, who wrote the character of William Lewis and forced him down our throats for multiple seasons is coming back to run the show once more, after stepping away in 2017. Ugh. Wanna take bets if Lewis ends up having an equally murderous twin?

Look, in a perfect world the showrunner returning would be Neal Baer, who is responsible for the greatest episodes of SVU in history. Yes, I am still talking about the monkey in the basketball episode. I will never stop talking about that episode because it’s also the one where the guy from Outkast gets eaten by hyenas. It is the most perfect episode of television ever.

So am I happy about the return of this showrunner? No.

Will I still watch SVU every damn week? You better believe it.

Here’s to 20 more years of SVU and Olivia Benson, friends.

← Spoiler Review: How Does Netflix's 'The I-Land' End? | Review: 'Wrinkles The Clown' Seeks The Man Behind The Mask Of This Florida Bogeyman →