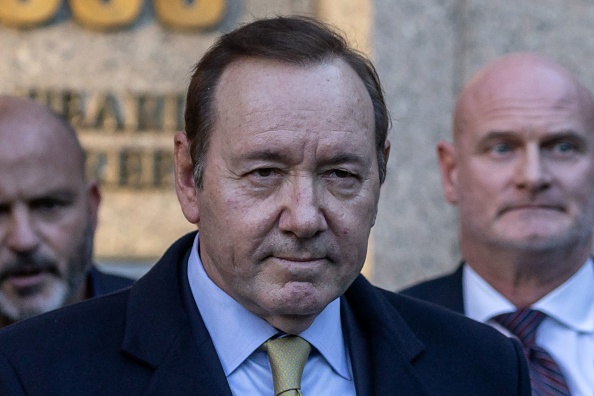 Kevin Spacey Cleared in Anthony Rapp's $40 Million Lawsuit Against Him

It’s unfortunate that Kevin Spacey won his civil suit against Anthony Rapp — he still maintains the cloak of a powerful white man — but, legally speaking, this was an uphill battle for Rapp. A jury found that Spacey did not commit battery in the $40 million lawsuit against Spacey.

For what it’s worth, Spacey has already lost in the court of public opinion here — Rapp’s allegations against Spacey in 2017 opened the floodgates, and 14 others soon made sexual assault allegations against Spacey. He lost his job on House of Cards (and he had to pay a $31 million settlement to the HoC production company), his career all but ended, and he has several more lawsuits pending against him.

This one, however, was from an incident at a party 36 years ago when Spacey was 26 and Rapp was 14. A judge had already tossed the intentional infliction of emotional distress and assault claims, which left Rapp’s attorney with only the battery claim to prove. Rapp had to prove that Spacey molested him and he had no eyewitness testimony to support his claim and a memory that may not have been 100 percent accurate about a 36-year-old incident. Rapp testified that he was molested in Spacey’s studio apartment when in fact Spacey lived in a one-bedroom apartment at the time, and that’s the kind of minor discrepancy that defense lawyers pounce on (it was also an unfortunate coincidence that Spacey’s behavior resembled that of a character played by Ed Harris in a play that Rapp was performing in at the time of the incident).

The fact that Spacey apologized for the incident apparently did not persuade the jury of his guilt. “I’ve learned a lesson, which is never apologize for something you didn’t do,” Spacey said during the trial. That’s certainly a take. Spacey also tearfully revealed during the trial that his father was a neo-Nazi white supremacist who berated him for being gay, although I’m not sure what that has to do with molesting a 14-year-old, but it clearly created some sympathy within the jury, which rendered a verdict with less than an hour of deliberations.

Next up for Spacey: A criminal trial in London, where he’s been accused of sexually assaulting three men between 2005 and 2014.