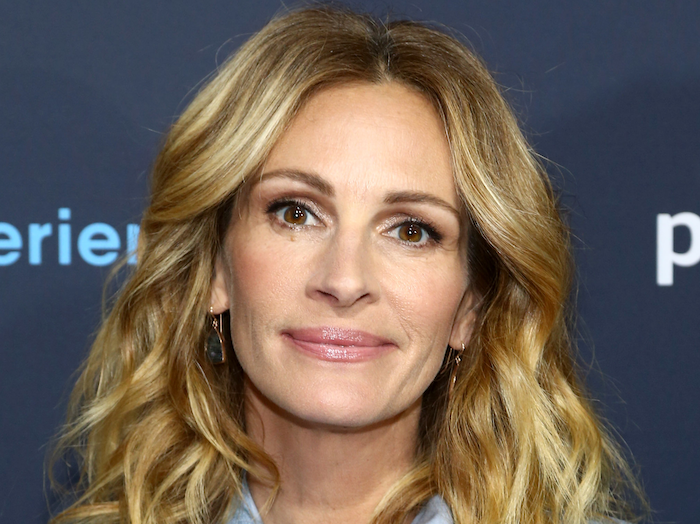 How Coked Up Do You Have to Be to Think Julia Roberts Should Play Harriet Tubman?

Wow. I’m going to give you a moment to digest that headline before we get into it, because holy s*it, right? What a f*cking thing to say.

…and yet? Said it was, by an unnamed Hollywood producer (who I’m pretty sure isn’t Scarlett Johansson) to Gregory Allen Howard, a screenwriter, who was trying to get a movie made about Harriet Tubman in the earlyish ’90s. Yes, the Harriet Tubman you’re thinking of—the black woman who led a raid and helped slaves become free people via the underground railroad. National treasure, American legend Harriet Tubman.

Here is the complete context, taken verbatim from an interview on the Focus films website, with Harriet screenwriter Howard because I need you all to know that none of this is a carefully selected pull quote that hides the spirit of what was actually said:

You’ve been working on this project for a long time. Can you give us a short history of Harriet?

Harriet, which was set up at Disney 26 years ago, was my first assignment. When I got in the business, I wanted to tell these historical stories by turning them into entertainment. I didn’t want to give history lessons. I wanted to turn Harriet Tubman’s life, which I’d studied in college, into an action-adventure movie. The climate in Hollywood, however, was very different back then. I was told how one studio head said in a meeting, “This script is fantastic. Let’s get Julia Roberts to play Harriet Tubman.” When someone pointed out that Roberts couldn’t be Harriet, the executive responded, “It was so long ago. No one is going to know the difference.” Two films really changed the climate in Hollywood to allow Harriet to be made. When 12 Years a Slave became a hit and did a couple hundred million dollars worldwide, I told my agent, “You can’t say this kind of story won’t make money now.” Then Black Panther really blew the doors open.

Some (presumably) coked-up Hollywood producer really said that, because you would have to be on drugs to think that was an acceptable thing to suggest, right?

There is a famous saying of questionable attribution that comes to mind here: The difference between genius and stupidity is that genius has its limits.

There really is no bottom to people’s f*ckery and I am trying my best to come up with a snappy way to frame this, or just a joke to make, and frankly, I’m dumbstruck.

I cannot imagine a situation where I said to a professional screenwriter, with a straight face, “Your work on a famous and important black woman who was a f*cking bad ass and a goddamned legend, who saved the lives of countless slaves in the underground railroad and fought against slavery is good and all, but have you considered having Julia Roberts play her, instead?!”

I just, I can’t. This… this broke me. As of writing this, Julia Roberts has not chimed in, but what could she possibly say, other than “what a f*cking insulting thing to say, and I assure you, I never would have accepted that part?” (At least, this is what I’m hoping she would say…)

I’m sorry everyone, this is where I leave you. To make the abrupt end of this article up to you, here is my absolute favorite Drunk History about, of course, Harriet Tubman because seriously, she was awesome, and there needs to be the utmost respect on her name (and her f*cking face on a twenty dollar bill, too.)

Before we get to that, though, here’s a reminder of her utter awesomeness, from the same interview:

Don’t forget she was the only female conductor on the Underground Railroad. And she never lost a passenger. Other conductors took larger groups but would invariably lose people along the way. Her goal was never to lose anyone. But there was so much more—she was a spy; she was one of the first women to lead soldiers in battle. But more than anything, this small woman single-handedly threatened the billion-dollar industry of slavery. Harriet was bigger than life. Harriet freeing slaves had a multiplying effect. Plantation owners were scared that enslaved people would start getting “ideas.” There were always more slaves that white people on the plantations, but those enslaved didn’t know their own power. Harriet showed them how powerful they could become.

← Review: 'The Report' Names the War Criminals Who Got Away | 5 Shows After Dark: 'It's Always Sunny in Philadelphia' on FXX 14th Season Finale, 'Chicago Med' on NBC Fifth Season Finale →