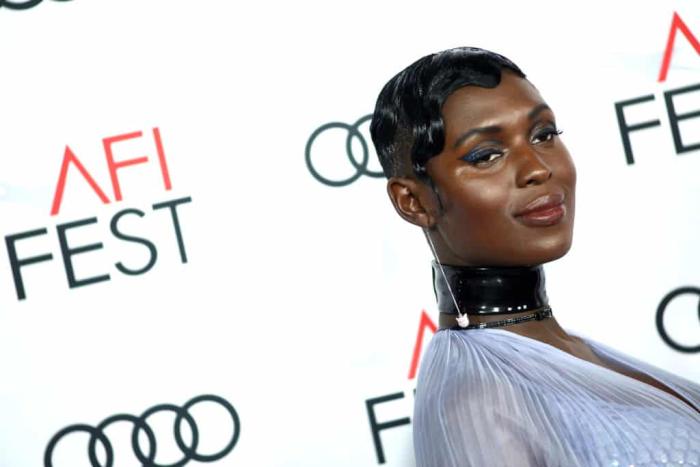 All Brits are aware of the strange royal obsession that Channel 5 has. The TV station has always been defined by its tawdriness, the weird step-sibling of the BBC that they never acknowledge, but over the past few years, they’ve become best-known for their endless array of cut-price royal documentaries. They have a particular fascination with Anne Boleyn. The guy who runs Channel 5 even admitted he would basically commission any show or special about her. So, it’s no surprise that they’re making a new drama about Boleyn, one they claim will be ‘daring’ and ‘convention-challenging.’ The first sign of that potential came when they announced that Queen and Slim star Jodie Turner-Smith would play the lead role.

The racists, of course, lost their minds.

Today, she was spotted on-set in full costume, and she looks amazing. But it did, sadly, bring out all the bad-faith racist losers who think that this casting choice is somehow offensive. It’s barely worth discussing, to be honest. It’s unfair to Turner-Smith, an undeniable talent who will kill in this role, to reduce her work to a sh*tty talking-point among the kind of people who think reverse racism is real.

Instead, let’s just celebrate the wonderful Jodie Turner-Smith! She’s immensely talented, super-gorgeous, and she will take any possible opportunity to brag about the fact that she married Pacey from Dawson’s Creek and I respect that!

JACKIE written, directed by and starring me pic.twitter.com/b1oBvOQ90a

The only good thing in this world is how completely obsessed Jodie Turner-Smith and Joshua Jackson are with each other. pic.twitter.com/QTsQObdSxs

Jodie Turner-Smith wearing Joshua Jackson's Mighty Ducks jersey…She is an icon. A legend. And she is the moment. pic.twitter.com/fbCSO7zsDN