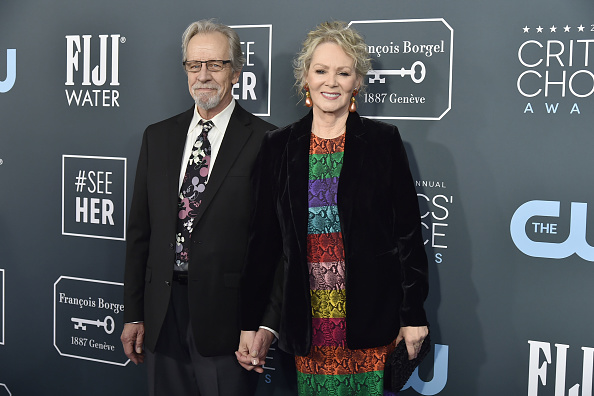 Jean Smart Lost Her Husband of 34 Years, Richard Gilliland, During the Shoot for 'Hacks'

We’ve talked about Hacks several times on the podcast, but I don’t think we’ve written about it, and that’s on me. Reviewing a great comedy is like reviewing music to me — I don’t have the vocabulary. Hacks is terrific. It’s funny and insightful and brilliantly written and the cast is outstanding, but especially Jean Smart. Her character reminds me of a 21st-century version of Jane Lynch’s character, Sophie Lennon, in The Marvelous Mrs. Maisel, a broad comedienne who trades in a little of her artistic integrity for lots of fame and money. In Hacks, Smart’s character, Deborah, hires a young messy comedian, Ava (Hannah Einbinder), to help her modernize her routine, to become less Jerry Seinfeld and more Hannah Gadsby. But mostly, it’s about the relationship between Deborah and Ava, what the two learn from each other, and how they navigate their profession separately and together.

It’s brilliant, and HBO Max wisely picked it up for a second season.

I mostly bring this up because I learned this week that the husband of Jean Smart — who was also devastatingly good in Mare of Easttown and Watchmen and Legion and Fargo — passed away suddenly while she was shooting Hacks. In fact, after the death of her husband Richard Gilliland, to whom she had been married since 1987, Smart returned to Hacks to shoot the final week, which included a funeral scene that served as the season’s climactic moment.

“You know, I feel like I just should say something about my husband, because he passed away very unexpectedly. I still had a week of Hacks left to do. That was hard. I had to do a funeral scene,” Smart told The New Yorker.

“I was a wreck, but it actually turned out to be very funny. But he was one of those actors who never got the chance to really show what he could do. A couple of times on stage, he did. But he really sacrificed his career for me to be able to take advantage of my opportunities. I wouldn’t have all this if it wasn’t for him.”

Smart met Gilliland on the set of her ’80s sitcom, Designing Women, where he played the boyfriend of Annie Potts’ character. He also played a character on the fifth season of 24, the same season that Smart played the First Lady. He was 71.

I mention all of this because my heart broke for Jean Smart, because of how impossibly hard it must have been for her to complete that last week of filming on Hacks, and because you never know what’s going on in someone’s life outside of their work, do you? Our condolences go out to Jean Smart and her family.