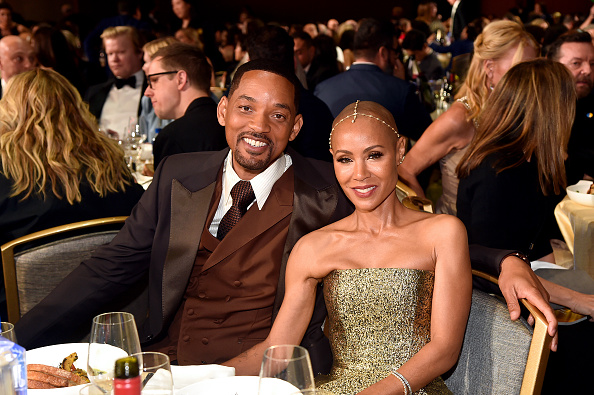 I think we all assumed that the topic would eventually make its way onto Jada Pinkett Smith’s Red Table Talk, and it finally has. Sort of. Jada devoted an episode of her show to alopecia, and in doing so, brought up the joke that Chris Rock made at her expense during the Oscars. However, she didn’t get into The Slap itself except to say:

“Now about Oscars night, my deepest hope is that these two intelligent, capable men have an opportunity to heal, talk this out, and reconcile. The state of the world today, we need them both. And we all actually need one another more than ever. Until then, Will and I are continuing to do what we have done for the last 28 years, and that’s keep figuring out this thing called life together. Thank you for listening.”

Pinkett Smith also noted that her family “has been focusing on deep healing,” to which I say: You can’t “heal” until you confront the issue head-on and talk about it, preferably in a public forum so that we can all view it from our narrow worldviews and judge everyone accordingly. Bring Will, Chris Rock, Denzel, Tyler Perry, and hell: Josh Brolin, too, because he was there. And he has thoughts, too.


← 'Gotham Knights' Trailer: Thank You CW For Continuing to CW It Up | Trevor Noah Puts On A Masterclass In Patience While Interviewing Kellyanne Conway →