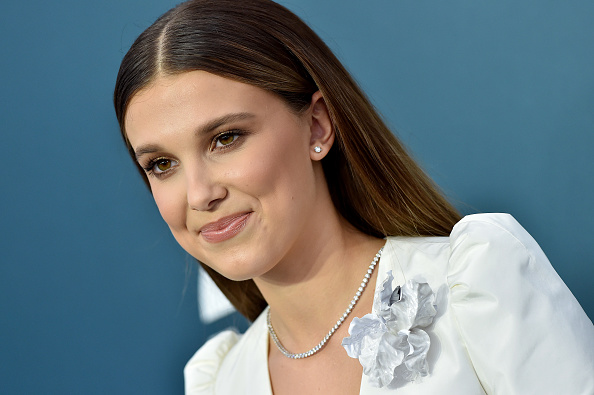 I don’t typically cover celebrity news without at least a modicum of cultural value, but y’all, I can’t help it. Millie Bobbie Brown, the 17-year-old star of Stranger Things and Enola Holmes, is dating the 19-year-old son of Jon Bon Jovi, Jake Bonjiovi.

This is a little bit blowing my mind. There are pics of them wearing masks and holding hands over on The Daily Mail, although they don’t add much to this news, save for the fact that Jake isn’t wearing his mask over his nose and also carries a dog purse, which is actually pretty cute.

The two have apparently been dating for a while. Jake posted a selfie of the two earlier this month with the caption “bff <3,” to which Millie Bobbie Brown responded, “BFF 🦄,” and Matthew Bonjiovi — Jake’s uncle? — responded, “I want my $1 back” because even Jon Bon Jovi’s kid has an embarrassing uncle.

I am floored by this, not only because Eleven is dating, but because Jon Bon Jovi has a kid old enough to date her. It’s obviously not Millie Bobbie Brown’s first relationship, either. She used to date musician Jacob Sartorius in 2018, and rugby player Joseph Robinson last year.

Meanwhile, Jon Bon Jovi has been married to Dorothea Hurley for 32 years. And if you think that is wildly romantic, don’t listen to “Bed of Roses”!