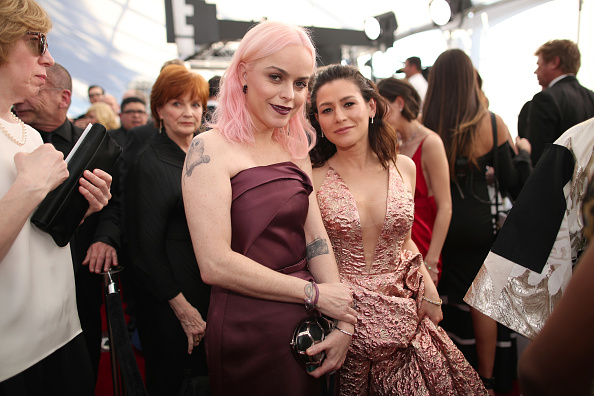 In a Deleted Instagram Post, Taryn Manning Says that 'Orange Is the New Black' 'Hurt Her So Bad'

We’re going to hold off for one more day a more lengthy discussion of the final season of Orange Is the New Black, so you all have more time to see it, except to say that it’s a profoundly amazing season of television and maybe the best season of its run, if only for its ability to be even more relevant in its seventh season than in its first. I ugly cried at least five times during the course of the season, and Danielle Brooks deserves every single award. All of them.

One person who did not appear to enjoy her time on Orange Is the New Black is Taryn Manning. I don’t want to try and read too much into her now-deleted Instagram post — you can draw your own conclusions — but it appears that she is struggling, owing to what seems to be cyberbullying that came about because of the series combined with the apparent indifference of her castmates. Last week, she missed the Orange Is the New Black premiere, posting in a now-deleted message to Instagram that she did not attend because she felt “paralyzed” after being “terrorized by cyber criminals.” She wrote:

“I love you all so much. Have a great premier tonight … I miss you all so much ❤️ I wish I could be there. Unfortunate uncontrollable circumstances that no one could help with have made it this way. When someone is crying for help from someone who is after your life and soul. Please listen. No one deserves to have another person single handedly ruin their life to the point they are paralyzed and never leave in fear.”

“I tried to tell everyone. No one cared.”

“This is for anyone who feels alone, terrorized by cyber criminals, cyber bullying, criminals with the intent to cause others distress and isolate them from life, for people who have lost everything due to another humans mental illness and smear campaigns. This is for you too so you don’t feel so alone. It even happens to people who seemingly have the resources to stop it too.”

She deleted that post, but then on Sunday, wrote another post (since deleted) that seemed to offer more context, writing that her “life was stolen from a criminal who’s mentally ILL,” and adding that “no one cares to help so I am dedicated to learning how to make a difference.”

“This show hurt me more than anything has in my life and if this is what I have to do to push what I stand for I will,” Manning continued. “I have to speak out before anything happens to me. F— fame! This show hurt humans. You will never truly know but many were hurt!”

“I do not need to ever work again in this town. I’ve been dropped by everyone for having a backbone. I was dropped because a person terrorizes me daily and them too. So my team, they just turn away. Like a car accident. Rubber neck but don’t help. F**k show biz. A disgrace.”

“Not one cast member cares about me. Just watch.”

When Lori Petty responded to the tweet with “I love you,” Manning offered more.

Thx bubs I know you do. And I love you. I am giving up everything to speak on how awful this career is and how awful we are treated. How I never knew if I was coming back yet I had seven optional seasons. How I didn’t even know how to plan my life, organize anything cause everything was a secret. Self serving bullsh*t, for whatever sick agenda. How some of the most dear characters were just not there anymore. My pals. F**k this show. This show hurt me so bad.”

I obviously have no idea what any of that is about, though she is not wrong about how certain characters in the very large ensemble seemed to disappear for seasons at a time (several cast members disappeared after season 5). In fact, in the final episode of the seventh season, several characters I had actually forgotten about made brief appearances, and I was left to wonder why they’d been left out of the final season, though I also understand there’s only so much time the series can devote to each character. That did not seem to be a problem for Manning’s character, however, who figured heavily into every season, including the last.

In any respect, Manning also deleted that post, returning to Instagram to say that she was “epically” hacked.

My account was so epically hacked. I am back in and I am sorry.

Before her posts were deleted, a few castmembers did reach out on IG, including Laura Prepon, Jenji Kohan, and Jessica Pimentel. Whatever her problem, I hope that Manning gets help, in whatever way she needs it. Also, she was very good in the final season.