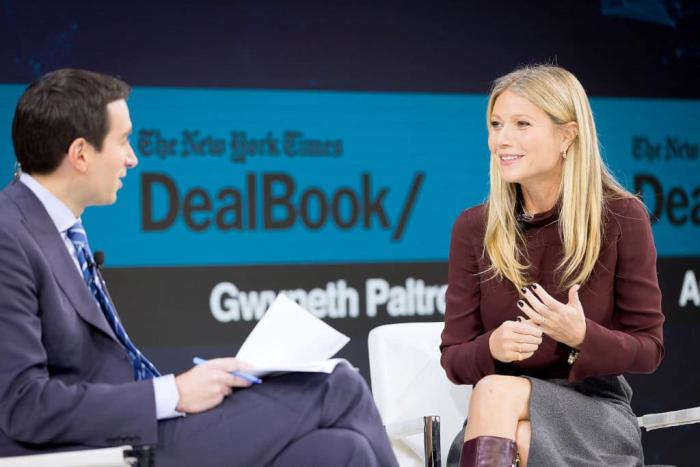 'I'm Not Sure How I Feel': Gwyneth Paltrow Talks About Her Complicated Relationship With Harvey Weinstein

As noted in Jodi Kantor and Megan Twohey’s book She Said, Gwyneth Paltrow ended up being one of the key voices in exposing the decades-long campaign of intimidation, harassment, and abuse that Hollywood mogul Harvey Weinstein perpetuated throughout his career. She has talked about her own experiences with Weinstein, a man with whom she is inextricably linked, thanks to the role Miramax played in establishing her work as an actress. She previously described their dynamic as one of an ‘abusive relationship’, which makes a lot of sense when you consider how Weinstein decreed Paltrow to be ‘the first lady of Miramax’ while threatening to end her career for not complying to his demands. Many other women who have come forward with allegations against Weinstein have noted how he would use Paltrow as a strawman to brag about his power and sexual prowess. She Said also documents how Weinstein continued to reach out to her and beg for her support when it was becoming clear that the press were ready to finally expose him.

Needless to say, Paltrow has had to deal with a lot from this creep for over two decades. During a chat with Andrew Ross Sorkin at the New York Times DealBook Conference on Wednesday, she explained her complex and often hard to decipher feelings on Weinstein:

‘You know, I don’t like to be binary about people or about things. I think we’re all equal parts or varying percentages light and dark. He was a very, very important figure in my life. He was my main boss. He gave me incredible opportunity and yet during that time we had a very, very fraught complicated relationship. Highs and lows. And the postscript to that chapter of my life is where it gets extremely complicated for me, because the information came to light about who he was and how he was behaving that I didn’t know during my already very difficult time with him. So I’m not sure. I’m not sure how I feel.’

I’ve seen a lot of people poo-poo this answer and claim it’s just Paltrow trying to have her cake and eat it, which I don’t think is very fair. She’s clearly trying to parse out decades of complex emotions and the experience of first-hand dealing with an abuser whose infamous bullying tactics helped make her famous but also trapped her. Weinstein and Miramax created Gwyneth Paltrow as a celebrity and brand but used that to intimidate other women into adhering to his monstrous behaviour, and that’s something Paltrow herself now has to live with. For the rest of her career, her acting work and her Best Actress Oscar win will be accompanied by an asterisk.

A lot of victims have complicated feelings about their abusers. We’ve seen the statistics on how many of these abusers are loved ones, family members, spouses, and so on. We know how such victims are more likely than not going to return to their abuser at least once. We’re all too familiar with how the structures in place that empowered Weinstein made it near impossible for even the most powerful and well-known women in Hollywood to stand up to him. Gwyneth Paltrow is probably not the only one of Weinstein’s victims who’s dealing with this swirl of emotions, both publicly and privately (frankly, given the widespread coverage of this case, it’s probably more a case of the former than the latter.)

I get it. Gwyneth is really easy to mock and easier to hate, often for very good reasons, but let’s cut her some slack on this one, OK? She doesn’t owe anyone a clear-cut set of answers on her own personal journey in regards to a man whose shadow she may never fully escape.