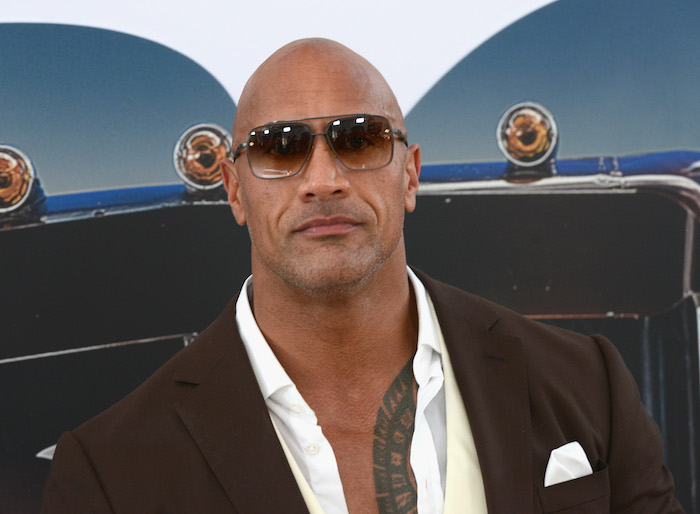 Guess What Dwayne Johnson, aka The Rock, Ate Now?

As you probably know, I love The Rock. He is a very handsome man, and The Rundown is a surprisingly great movie if you didn’t know that already. I make a point to follow his social media accounts (from afar) because I am a person who likes to know what movers and shakers are up to, in a highly curated fashion. So it will be no surprise for you to find out that I follow The Rock, Gerard Butler, and Burger King on a secret social media account I obsessively scroll through each day, in order for the tastemakers of the world to tell me what I should be interested in. If you think that I’m telling you that the three accounts mentioned comprise a secret order that is directing the world’s pop culture tastes, then you are absolutely picking up what I’m laying down and we’ll cover that at a later date, probably when I’m up against a deadline and all my shows are on re-runs and I don’t know what to write about.

We’re not here today to cover the globabl trifecta of tastemakers but we are here today to discuss taste, specifically The Rock’s and his glorious Sunday cheat meal, a tradition I occasionally cover:

#sundaycheatmeal keeps rollin’ on as I bring new meaning to the word, gluttony one bite at a time. Pancakes smothered with peanut butter and syrup. Not one, not two, but three pints of my fav ice cream @saltandstraw. Entertainment for the night is, DOLEMITE. Highly recommend. Good to see Eddie the 🐐back in the game. #barnyardmuthafucka 👏🏾👊🏾 #cheatmealsunday

So first off, you’ll note that Sunday cheat meal is a breakfast-for-dinner (or, brinner as it was called in my house growing up) type of situation, with a twist. That twist being a sh*t-ton of dairy (and I use my word choice purposefully, here) that makes me have complete sympathy for anyone who had to share living space with The Rock last night.

However, I take umbrage with this meal. Syrup and peanut butter…together?!

That, friends, is a bridge too far.

I love peanut butter. I think it’s delicious, but I am a hardliner when it comes to my foodstuffs. It’s probably the only avenue in my life where I am staunchly a traditionalist. I firmly believe pineapple doesn’t belong on a pizza, ketchup belongs on neither a hotdog nor a hamburger (only fries, people) and that you must pick a side when it comes to your breakfast toppings. To combine syrup with peanut butter on a pancake?! Absolutely not.

Those tastes don’t contrast enough to make it worthwhile (which is why jelly goes so well with peanut butter. Tangy and creamy!) and I feel like it would just be a brick sitting in my stomach. (Maybe that’s what all the dairy was for?)

I’m sure there are those among you who are in the pocket of Big Syrup and are primed and ready to tell me how wrong I am. I welcome your scorn, friends, which is why I listed my bonafides above as a food traditionalist.

Peanut butter is great. Syrup is great (on pancakes, and that’s about it.) Together, they do not double their greatness.

You may wonder why I have a whole article about one meal The Rock had cooking, and why I chose to give him a thumbs down, Gladiator style on his toppings of choice, when people are free to do what they want to in this life and put whatever they want on their food.

I have no answer for you. It was really a pretense to share his Sunday cheat meals, which I have a weird fascination for—he’s clearly on a dessert kick, as you’ll see that last week, he ate a whole apple cobbler and two pints of ice cream.

My #cheatmealsunday was a doozie. Homemade apple cobbler and two pints of my personal heaven. And for the record, “chocolate gooey brownie” is my nickname on weekends when I drink 😈🥃 Enjoy all your cheat meals my friends. Everything in this picture had zero chance of survival.

Personally, I could never eat all of that because of stupid physical limitations, but I salute the man for his efforts and also for blessing us with these photos. May the tradition continue on.