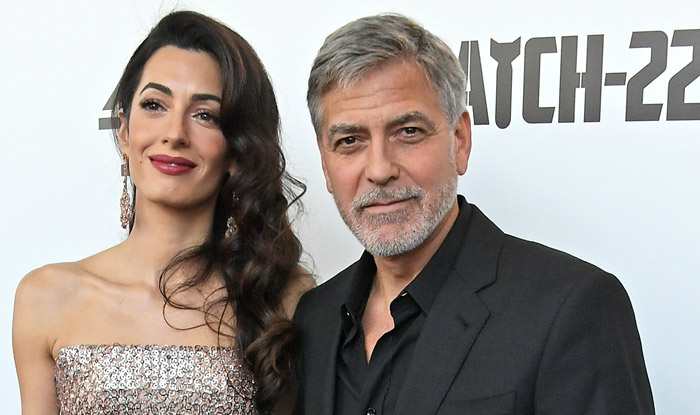 When you think George Clooney, what comes to mind? Is it that rakish grin combined with an alluring swagger? Is it his predilection for pulling pranks? His philanthropy? His work onscreen or behind the scenes? Or maybe, it’s how there was a time when his haircut made too many American men think they could pull off The Caesar? Whatever your Clooney point of reference, I doubt you look at this dreamy A-lister and think, “Now that is a man who cuts his hair with a vacuum.” But if you did, you’d be right!

Quarantine haircuts have become a big thing in 2020. Celebs have shared their attempts on social media and on morning talk shows. TikTokkers have gotten hundreds of thousands of likes for DIY haircuts, many of which have been fearless female buzzcuts and reclaiming of the mullet. However, at-home cuts are nothing new to the Ocean’s Eleven star. On CBS Sunday Morning, he shared, “I’ve been cutting my own hair for 25 years.” He then explains, specifically, “years ago, I bought a thing called a Flowbee—”

At this point, correspondent Tracy Smith is so stunned she interrupts him with, “You did not! The infomercial? The Flowbee?”

Clooney defends the product, saying, “The thing with the vacuum cleaner and the clippers, yeah. I still have it. My haircuts take literally two minutes.”

Take a look at the clip to see a celebrity endorsement that is deeply chaotic in its 2020 energy, yet charming!

because 2020 won’t quit here’s George Clooney happily admitting he’s been cutting his own hair with a Flowbee for decades pic.twitter.com/pXhOK3it1k

“Listen, man, it works!” If this isn’t Flowbee’s official slogan, it should be immediately.

Of course, Clooney wasn’t doing daytime talk shows to sell hilarious yet effective grooming tools. He’s promoting The Midnight Sky, which he directs and stars. Coming soon to Netflix, this upcoming post-apocalyptic thriller is set in an icy wasteland, which meant the handsome helmer/headliner dealt with some savagely cold conditions.

He told CBS Sunday Morning, “We were in Iceland, so we went out, it’s 40° below zero and it’s 70-, 80-mile-an-hour wind gusts. And I was doing stuff without goggles, so my eyelids would freeze shut after about a little over a minute. And so, I could only do a take for that long, then I’d have to go in and they’d take a blow dryer and get my eyelashes open so I could go back out.”

The Midnight Sky debuts on Netflix on December 23.