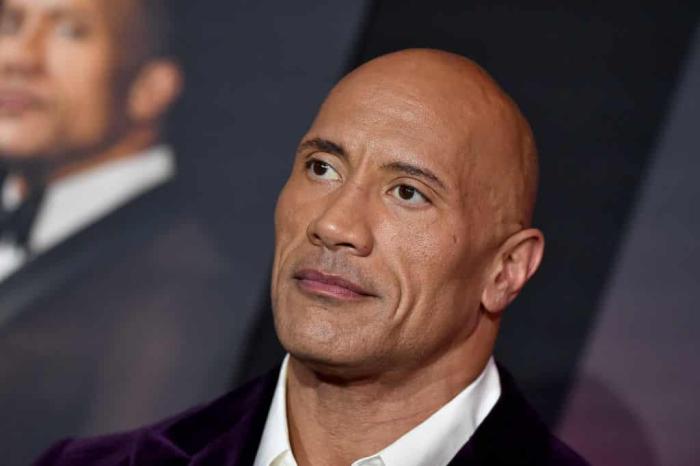 Following the death of cinematographer Halyna Hutchins on the set of Rust, wherein she was killed after a gun was accidentally discharged, the film industry has entered a major conversation regarding workplace safety and the role of guns in films. Given the immense dangers of utilizing real firearms in productions big and small, many actors and crew members have come forward to question why they’re even necessary in an age of advanced CGI.

Now, one of the biggest stars in the business has pledged to stop using real guns on all of his upcoming projects. Dwayne Johnson explained to Variety during the premiere of his latest film Red Notice how he came to the decision:

‘First of all, I was heartbroken. We lost a life. My heart goes out to her family and everybody on set. I’ve known Alec, too, for a very long time.

I can’t speak for anyone else, but I can tell you, without an absence of clarity here, that any movie that we have moving forward with Seven Bucks Productions — any movie, any television show, or anything we do or produce — we won’t use real guns at all. We’re going to switch over to rubber guns, and we’re going to take care of it in post. We’re not going to worry about the dollars; we won’t worry about what it costs.’

It’s a major step forward for an undisputed big deal megastar with the power to enact real change in an industry prone to sticking to the status quo. Seven Bucks Productions, founded by Johnson and his longtime business partner Dany Garcia, is also a big deal, with films like Jungle Cruise, Hobbs and Shaw, and the upcoming DC title Black Adam under its belt.

As has been pointed out already, the CGI required to fake gunshots and discharge is easy to do and relatively inexpensive as well as highly realistic. CGI is more prevalent in the average film than many viewers even realize. If you’re watching a car chase then the chances are a bunch of those vehicles were added in post-production. Buildings, crowds, and even breath are eerily easy to replicate with VFX nowadays. There’s no excuse for sticking to the old and dangerous ways when the new options are so dang easy. I know some filmmakers are prone to arguing for the ‘realism’ offered by a prop gun with that kickback but most people really don’t care that much. Besides, it’s not as though guns in films have ever been especially realistic. Put people first.


← Fox Is Bringing Back One of Its Most Reviled, and Popular, Reality Dating Series | Netflix Miscasts Sofía Vergara as Drug Kingpin Griselda Blanco →