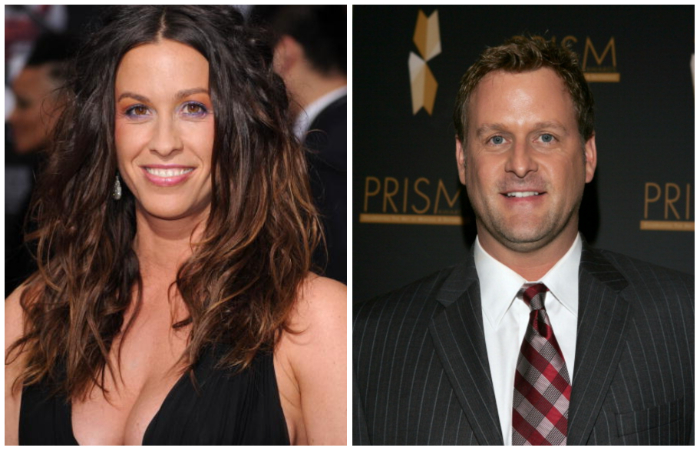 Alanis Morissette has never revealed who her ’90s smash hit, “You Oughta Know” was about. The conventional wisdom around the Internet has always been that it was about Full House star Dave Coulier, who dated Morrisette for a spell around the time the album was being written. In an interview on Jim Norton and Sam Roberts’ SiriusXM show, Coulier conceded as much, admitting that they dated and that he may indeed be “Mr. Duplicity.”

Here’s the story: I’m driving in Detroit and I’ve got my radio on and I hear the hook for ‘You Oughta Know’ come on the radio and I’m like, ‘Wow, this is a really cool hook.’Then I start hearing the voice and I’m like, ‘Wow this girl can sing!’ And I had no idea this was the record!”

“And then, I was listening to the lyrics, going, ‘Ooooh, oh. Ooh nooo! Oh I can’t be this guy!’” he thought before running into a record store, buying the entire album, and listening to it in his car.

“There was a lot of familiar stuff in there that her and I talked about. Like ‘your shake is like a fish’ [from the song ‘Right Through You’]. I’d be like, ‘Hey, dead fish … we’d do a dead fish handshake.’ And so I started listening to it and I thought, ‘Oooh I think I may have really hurt this woman.’ And that was my first thought.”

Coulier nevertheless has nothing but nice things to say about his ex-girlfriend. He says that he “never saw the angry white girl” the media made her out to be. “She was funny, she was sweet, she was super intelligent, super talented,” he said. Coulier also added that the two met up again years later and are on good terms.

“Years later, we reconnected, and she couldn’t have been sweeter. And I said, ‘What do you want me to say when people ask me about this relationship?’ And she said, ‘You can say whatever you want.’ She was really sweet about it, she was kind.”

To illustrate the point, Coulier also recalled that Morissette drove from Toronto to Detroit to keep him company while his sister was dying of cancer. “That’s the kind of human being she is. So I’ve never had anything bad to say about her. She’s lovely!”

As to whether she, uh, got “perverted” with him “in a theater,” Coulier would only joke, “You know, you do that popcorn cup thing one time and it backfires on ya!” I’m not entirely sure what he means by the “popcorn cup thing,” but based on the autofill suggestions on Google, I am not alone.

← Steve Carell Undergoes Another Transformation for the Ominous 'The Patient' Trailer | It's a Serena vs. June Showdown in the 5th Season Trailer for 'The Handmaid's Tale' →