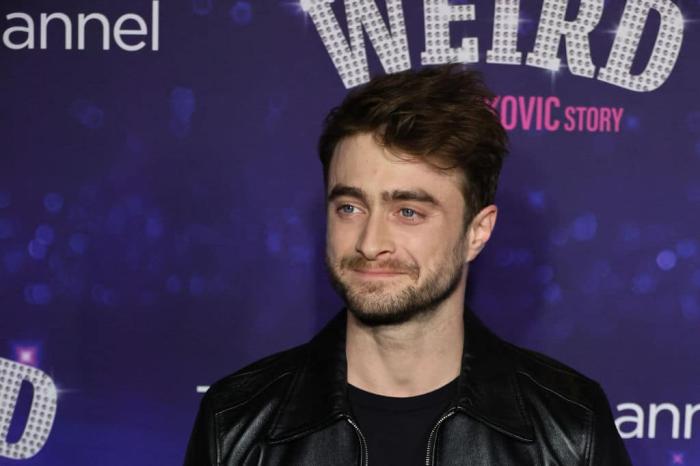 Honestly, I’m so sick of writing about J.K. Rowling, the transphobe-in-chief of TERF Island who, once upon a time, was beloved for writing children’s books that occasionally made people feel like it was okay to be themselves. I’ve mentioned before that I believe she’s made herself utterly irrelevant as a creative figure (seriously, did you see the nonsense that was her latest book?) but, alas, she retains a disheartening amount of power in the field of baseless bigotry. Indeed, it’s turned into a fascinating new way for certain media figures to rake in the cash. Nothing gets you more money and headlines in the UK press than shouting about how you’ve been canceled for your hatred of trans kids.

Lately, things have, bafflingly, gotten more incendiary. The transphobes’ targets of choice have gotten more famous, whether it’s Eddie Izzard or Graham Norton. Now, not surprisingly, the usual crowd is going after Daniel Radcliffe, the iconic actor and short king who, once upon a time, used to play that wizard with the scar in the thing.

A few years ago, when Rowling’s previously hinted-at transphobia became mainstream, Radcliffe released a statement of support for trans people, particularly those who had found hope through the Harry Potter books. Radcliffe, a long-time patron of the Trevor Project, offered his unequivocal support for the trans community. He added:

‘To all the people who now feel that their experience of the books has been tarnished or diminished, I am deeply sorry for the pain these comments have caused you. I really hope that you don’t entirely lose what was valuable in these stories to you. If these books taught you that love is the strongest force in the universe, capable of overcoming anything; if they taught you that strength is found in diversity, and that dogmatic ideas of pureness lead to the oppression of vulnerable groups; if you believe that a particular character is trans, nonbinary, or gender fluid, or that they are gay or bisexual; if you found anything in these stories that resonated with you and helped you at any time in your life — then that is between you and the book that you read, and it is sacred. And in my opinion nobody can touch that. It means to you what it means to you and I hope that these comments will not taint that too much.’

Isn’t he a good egg?

In a recent interview with Indiewire, while promoting the film Weird: The Al Yankovic Story, he reasserted his support for trans people and explained why he released the statement in the first place:

‘The reason I was felt very, very much as though I needed to say something when I did was because, particularly since finishing ‘Potter,’ I’ve met so many queer and trans kids and young people who had a huge amount of identification with Potter on that. And so seeing them hurt on that day I was like, I wanted them to know that not everybody in the franchise felt that way. And that was really important. It was really important as I’ve worked with the Trevor Project for more than 10 years, and so I don’t think I would’ve been able to look myself in the mirror had I not said anything.’

Again, what a solid dude, right?

But, of course, the transphobes were furious at Radcliffe for daring to speak out against Rowling. The usual screeds were written, the same old tweets spewed out. Oh no, how dare a man comment on this. Look at him silencing women. You know, that bingo card of crap. But there was one argument that kept coming up that proved to be particularly revealing. And also deeply creepy. There seems to be this prevailing idea among Rowling’s supporters that Radcliffe, and by extension the rest of the kids who starred in the Potter franchise, have no right to speak out against her because they ‘owe’ Rowling their careers. If it weren’t for dear old Joanne, they claim, Radcliffe would be a penniless nobody. They should never say anything in opposition to the woman whose callous and uninformed bellowing on trans issues has irrevocably poisoned the lives of so many. What a spoiled child.

First of all, Daniel Radcliffe is 33 years old. He’s a tax-paying adult with a long-term partner, who has worked solidly and to much acclaim for many years, including before he was cast as Harry Potter. He’s not a toddler you get to order around. Of course, many transphobes’ arguments against gender affirmation healthcare rely on the infantilizing and highly conservative notion that no trans person of any age, but especially children, is capable of making choices about their own autonomy. We saw this when Labour Party leader Kier Starmer, a man whose spine seems to be made of rice paper, cozied up to Mumsnet recently and said ‘this argument that children can make decisions without the consent of parents is one I just don’t agree with at all.’ Children are not the property of their parents. Also, you’re a f**king lawyer and you don’t know what Gillick competence is? Grow up and find some actual beliefs.

Daniel Radcliffe, Rupert Grint, and Emma Watson were children when they auditioned for and were cast in a movie. They weren’t even teenagers. They and their parents made a decision to work on a film series for their entire adolescence, thus elevating them to a level of superstar that few human beings could ever hope to be prepared for. Being a child star is tough enough. There’s no part of it that demands a kid swear a lifelong allegiance to the person who helped to make them famous. Imagine if we applied that rule to every child star, from Judy Garland to Bobby Driscoll to Jennette McCurdy.

There’s this notion that ‘not biting the hand that feeds you’ is the only way to conduct business. Don’t rock the boat, don’t speak out against injustices, and don’t for a moment seem ungrateful. It’s a trap, of course. Politeness and gratitude are one thing. What transphobes demand of Radcliffe is quite another. We also saw this toxicity at play when Constance Wu was dragged through the mud for her Twitter comments about the renewal of Fresh Off the Boat, only for her to later reveal that a higher-up on the series sexually harassed her. The entertainment industry thrived under a system of shame and entitlement, silencing everyone who dared to note how this crookedness on all levels wasn’t normal. A lot of people lost so much from this. Many suffered.

Radcliffe is rich, famous, popular, works hard to be an ally, and has nothing to lose by speaking out against Rowling. He owes her nothing. Neither do Emma Watson, Rupert Grint, or myriad child actors who worked on the series. They’re not Rowling’s property. DanRad is not J.K.’s b*tch. If a wildly rich bully can’t deal with a 33-year-old having a different opinion from hers then she’s got way bigger problems to worry about. Hell, he didn’t even talk about her by name. All he did was note that he wanted to give his support to those who were hurt by her. Think about that: if Radcliffe has met countless queer and trans kids who found themselves through Potter’s work, that means Rowling definitely has too. And look at how she still responded.

So, shine on, Mr. Radcliffe. Keep pissing off the worst people on Twitter and being extremely handsome (seriously, when did that happen?)

It's short king season. All above 5'9 need not apply. pic.twitter.com/3ZOC1NEiGI