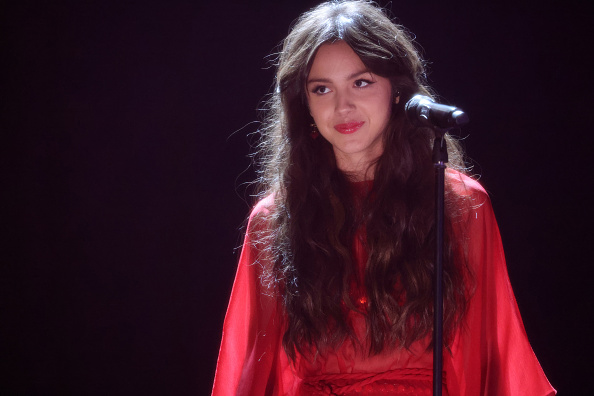 One of the cool things about being a parent is the ability to introduce your kids to movies, tv shows, and music, and it’s especially fun when they connect with the things that you like. Recently, however, my daughters wanted to introduce me to something, specifically High School Musical: The Musical: The Series. I like it, and part of that is because it’s decent (though, I’ve never actually seen High School Musical), and part of it is because it’s something my kids want to share with me. Whatever. You shut up.

The series stars Olivia Rodrigo (who is cast in the Vanessa Hudgens role in the musical within the musical). Rodrigo is another of those Disney musical stars, but she’s also managed to simultaneously launch a hugely successful musical career separate from her Disney identity, which is unusual only in that most kids from the Disney factory are only able to separate themselves from their Disney identities after they leave. She released one of the year’s biggest songs, “Driver’s License” back in January, and her album — released last month — is basically the biggest thing on the planet right now. But it’s not very Disney. It’s sprinkled with the occasional profanity and sounds more Fiona Apple than Hannah Montana. I like it, too.

All of which is to say, if you only know her as a Disney star, you might be surprised that her album cover — I’m gonna say pays homage — to Hole’s Live Through This cover, although if you’ve actually heard the album, it’s far less surprising. Here’s Rodrigo’s album cover.

And here’s Hole’s Live Through This album cover.

I mean, obviously Rodrigo pays homage to Hole’s album cover, although Courtney Love is far less diplomatic in her characterization. After posting the album cover with the friendly (?) caption, “Spot the difference! #twinning! 🥸@oliviarodrigo 😉👸👸,” Rodrigo responded “love u and live through this sooooo much.” From there, however, Courtney Love took to Facebook: “Stealing an original idea and not asking permission is rude. There’s no way to be elegant about it. I’m not angry. It happens all the time to me. But this was bad form.”

She’s not wrong. Rodrigo should have asked for permission — or at least her record label should have. But I do wonder if Courtney Love — as rebellious and f**k you as anyone — sought permission from Brian de Palma when she paid homage to Carrie with the original album cover?

In any respect, paying “homage” to Hole is different than taking from the less-established Pom Pom Squad, who only just released their first full-length album, Death of a Cheerleader, last week.

It’s one thing to pay tribute to one’s influences, but it’s another to rip off one’s contemporaries. “good 4 u,” however, is still a banger (Pom Pom Squad is also good if you’re into thrashy Liz Phair).