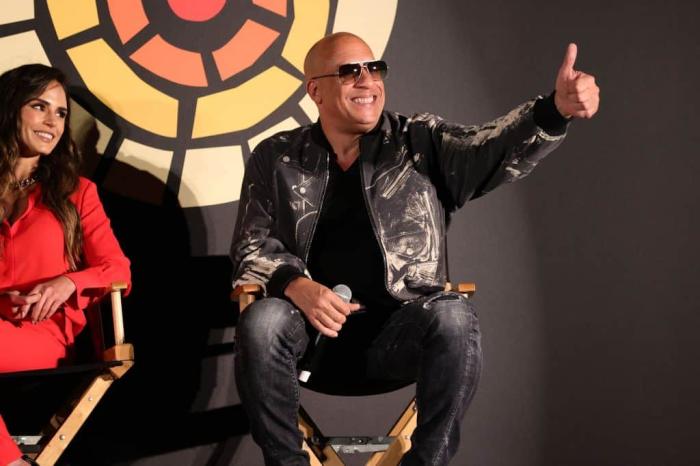 Box Office Report: It's All About Family... And Car Chases

The evolution of the Fast and Furious saga is one that should be written about in the Hollywood history books. How did a solid but not particularly groundbreaking film about undercover cops and carjackers evolve into a delirious stunt spectacular and weirdly earnest ode to found family? All that AND it’s become one of the highest-grossing franchises of all time? Seriously, this series has made more money than the X-Men universe, the DCEU, AND the Transformers franchise. They’ve cracked the code somehow. The ninth entry in the series, appropriately titled F9: The Fast Saga, stormed to the top of the domestic box office this past weekend with a huge $70 million opening.

A year after its planned release, F9 became one of the first big tentpole titles to test the waters of the (sort-of but not really) post-pandemic box office. Even with only 80% of the nation’s theaters fully reopened, and many still playing to partial capacity, they made more money in their opening weekend than Hobbs and Shaw. I’m sure Monsieur Diesel will be proud of that victory over Mr. Johnson. Boys, you’re both pretty, OK? That $70 million is also the new top pandemic-era opening weekend gross, easily beating the $47.5 million three-day Memorial Weekend numbers of A Quiet Place: Part II.

Internationally, the movie already has a solid $334.8 million in its tanks, with over $203 million of that coming from China, a country where the franchise is especially popular. These movies are expensive, however. F9 has a reported budget of $200 million, which means it definitely cost more than that, so we need some seriously big numbers to balance it all out. Can F9 pull it off in the current era? Stay tuned.

There were only two other limited releases this weekend, with studios wisely choosing to sit out the prospect of competing against the big cars and family movie. At number 12 is Werewolves Within, which brought in $223,000 from 270 theaters, while the romantic drama I Carry You With Me grossed $20,049 from four locations.

This coming week sees the release of Zola, with A24 offering the movie a wide release, as well as horror sequel The Forever Purge and Alec Baldwin’s continued reign of terror with The Boss Baby: Family Business.