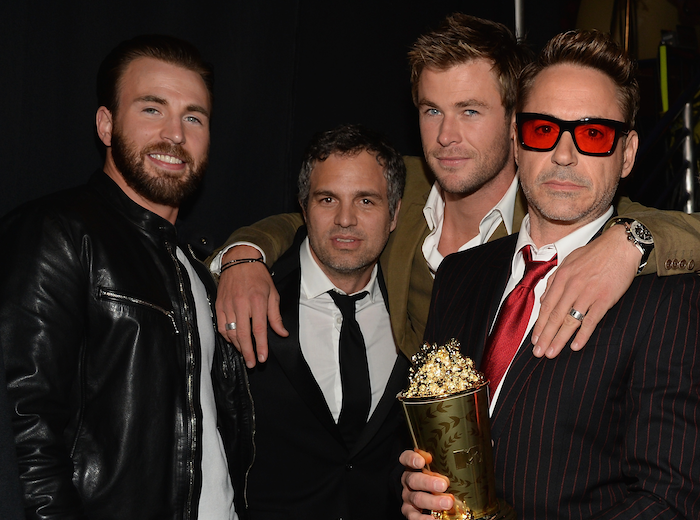 I’m not one for remakes, as a general rule of thumb. However, I am fully on-board for the one Chris Hemsworth recently proposed.

During a recent appearance at ACE Comic Con Chicago, Hemsworth revealed if he would be willing to reunite with Evans and Downey on screen, and gave a pretty delightful suggestion as to what their next project could be.

“Absolutely. I would love to.” Hemsworth revealed. “That was so sad about kind of finishing Endgame, was just ‘Were we ever going to get to hang out again?’ And I immediately started thinking ‘What else could we do?’ And I’d love to. We could remake the Three Amigos! or something.”

The Three Amigos is a nearly perfect movie—but it could definitely use a reboot in 2019. As much as I love Clark Griswold, Chevy Chase is a noted insufferable a*shole and a generally miserable person to work with. Martin Short can do no wrong and I will not entertain the idea that he’s anything less than delightful. Furthermore, I will always love Steve Martin for The Jerk and the Father of the Bride movies, which I watched a lot growing up. All that aside, I’m always down for a movie that pokes fun of how narcissistic and ridiculous actors are, and would embrace that even more with a 2019 slant that goes all-in on the absurdity of three white actors, who have made their fame and money off of playing good guys in a highly fictionalized (and I’m sure, racist) version of Mexico, and the juxtaposition of the reality versus expectations there. Personally, I think that would be hilarious.

It would be doubly so, if they had Hemsworth, Evans and Downey Jr recreating my absolute favorite scene in the movie (which, btw, is a song and dance a fellow Overlord and I have vowed to recreate the next time we’re all together, and I guarantee you it’s not the Overlord you’re thinking):

Of course, this number would need to be included, too:

Look, what I’m saying is not only should they remake Three Amigos but that they need to make it a musical as well. Extra points if they get Martin Short and Steve Martin to cameo—but I could probably live without Chevy Chase being in it. Maybe it’s time his d*ckishness caught up to him?

Now, if you’ll excuse me, I have to go re-watch Three Amigos for the umpteenth time in my life.

← 'The Knight Before Christmas' is Everything We Want in A Vanessa Hudgens Movie | Gina Rodriguez Is Real Sorry About Using the N-Word, She Just Really Loves Lauryn Hill →