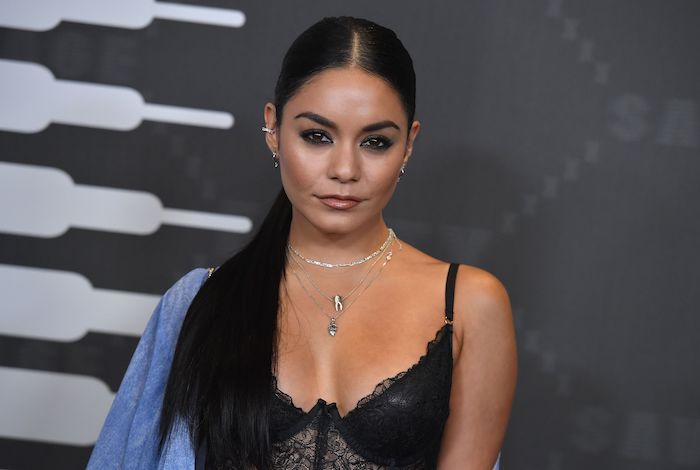 Earlier today my friend Jason sent me the following Tweet, and I had to ask him if it was real, or from a parody account:

Vanessa Hudgens and Josh Whitehouse star in the perfectly-titled holiday rom-com, The Knight Before Christmas. She plays a kind science teacher who has been disillusioned by love and he's the cursed medieval knight she must help return to his time — FIRST LOOK: pic.twitter.com/AHuAPIh7HB

You’ll forgive me if I had to take a moment to confirm what my eyes were showing me because sometimes, we do get to have nice things in 2019.

This movie ticks all my boxes friend:

Time travel? Yes!
Dumb love stories? Yup!
Horse riding? Looks like it!
The serene knowledge that both TK and Steven already hate this movie on principal and one of them will lose a coin toss and have to review it? Lol. I truly hope so!

Now, look, no time travel movie can ever top Timeline, which is a superb(ly dumb) movie starring Paul Walker and Gerard Butler because that movie at one point implied that because these characters were from the future, they were smarter than the dummies in the past, so the plucky rag-tag team of Americans should be able to solve any problem! (Solve they did, friend, although I recall Gerard Butler losing an ear and deciding that was a sign from above to stay in the past and not go seek immediate medical attention in the future, like a smart person would. Seriously, Gerard Butler is the best thing about any movie, unless that movie also stars Paul Walker. Then it’s a tie.)

Anyway, the best part about The Knight Before Christmas is that it, in theory, should be a movie on the Hallmark channel starring Candace Cameron Bure, or someone of that ilk, but since this is 2019 and anything goes, this is a Netflix movie starring Vanessa Hudgens! Yeah, baby!

Once upon a time (and that time was called the ’90s, friends) movies like this could not only be released in the theater, but do decently, and possibly star Ashely Judd or Meg Ryan. Now-a-days we have to take our mid-to-low concept time traveling rom-coms where we can, and I guess that means Netflix. I’m not picky, as long as I get them in the end.

I may not be the biggest Vanessa Hudgens fan out there, but I’m not not a fan, either. She was solid in that J.Lo movie that was kind of a riff on Don’t Tell Mom the Babysitter’s Dead if you squinted at it just right and watched it on a plane as I did. This is a starring role for her in a movie that will probably get decent numbers. I think that’s a win, especially now that she gets to be in a time-traveling rom-com. Bonus points if she doesn’t end up having sex with her great-great grandson, like Meg Ryan inadvertently does in Kate and Leopold. Or maybe you want that? I don’t really know your life, friend.

Whatever this movie turns out to be, I’ll be there opening day, in the comfort of my living room, in non-judgmental pants, as God intended. This stands to be the movie Vanessa Hudgens, and all of us, deserve.

← Kim And Kanye's Mansion Is A Ghost Machine Like In '13 Ghosts' | Chris Hemsworth Wants Chris Evans and Robert Downey Jr. for a 'Three Amigos' Remake →