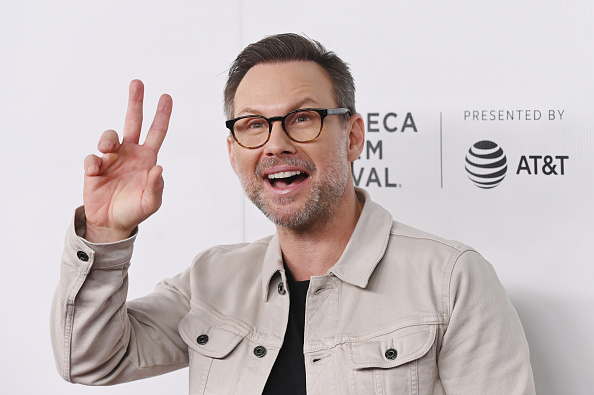 Before we go down this road this morning, I would like to set the record straight on one thing. Someone at another publication — and I won’t say who — referred to Christian Slater yesterday as a member of the “Brat Pack.” OK, no. Christian Slater was never a Brat Packer. He arrived on the scene several years later. He wasn’t in The Outsiders or St. Elmo’s Fire and he did not work in movies with Rob Lowe or Ally Sheedy or even Tom Cruise. Christian Slater was of the Winona Ryder, Johnny Depp, Samantha Mathis, Keanu Reeves generation of actors. I have nothing against the Brat Pack — there are many fine members — but the two sets of actors are quite distinct.

If Christian Slater from 1989 walked into the room, and I had never heard his name before, and had to guess what it was just from what he looked like, I would guess ‘Christian Slater’.

On the other hand, this tweet, from Chris’ brother Scott Evans, is clear and rich in meaning.