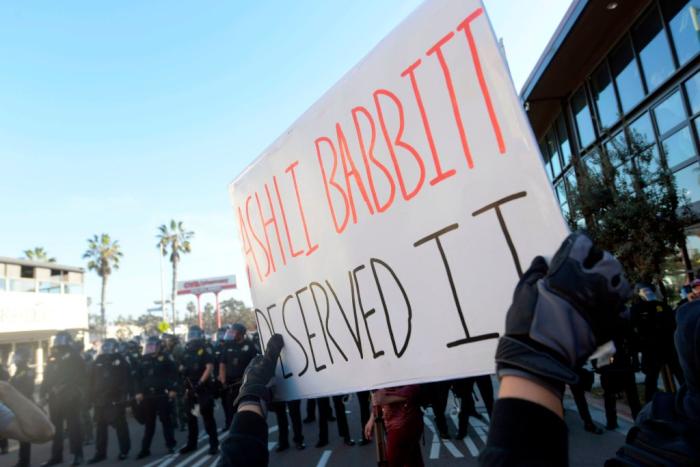 American police kill enough people each year to fill a small town. About 1,000 people every 12 months. We far and away lead the pack of democratic, developed countries in that regard. We can argue all day about whether most of those deaths are necessary (they are not) or whether American cops kill more people because of their militarization and the lack of consequences (duh), but one thing we know is this is not a typical concern for Republican politicians. Convicted murderer Derek Chauvin mostly received universal condemnation, but that’s because the incontrovertible video evidence made it politically expedient to use him as an example. Most killings don’t receive so much exposure or have so many witnesses to the cop’s misdeeds. 99% of the time, the cop is right, according to the Right.

And then there’s Ashli Babbitt. The 35-year-old Air Force veteran and traitor was killed by a Capitol police officer as she climbed through a window broken by her compatriot. Despite repeated warnings, Babbitt refused to cease her actions and the officer shot her in the shoulder. She later died of her wound. Multiple videos show her ignoring orders to stand down and attempting to breach the area where officers were defending Congresspeople and staff. Markwayne Mullin (what a name), a Republican Representative present at the time, told reporters, “The mob was going to come through the door; there was a lot of members and staff that were in danger at the time… His actions will be judged in a lot of different ways moving forward, but his actions I believe saved people’s lives even more.” Pretty straightforward, right? 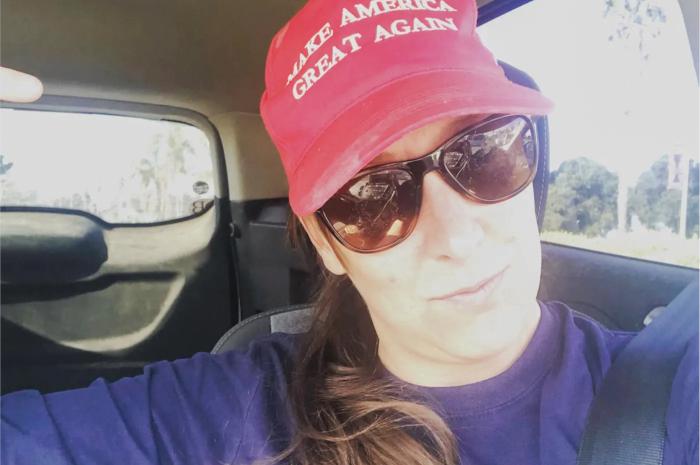 Not so much. Trump and his cronies are demanding the name of the officer who shot Babbitt, despite the mountain of evidence against her and a federal investigation clearing the officer. Marjorie Taylor Greene and Matt Gaetz are demanding the same, I assume to draw attention away from Matt’s predilection for young women. Paul Gosar, the white supremacist representative so vile his family made political ads for his opponent, went so far as to accuse the officer of “lying in wait” to kill her, an odd way to describe someone behind a closed and locked door. His family also blames him outright for the riot.

Trump and his fellow lawbreakersmakers have a vested interest in justifying Babbitt’s behavior. It’s hard to characterize a riot and attempted insurrection as a “normal tour” (f*ck you, Rep. Clyde) if the people involved are frothing-at-the-mouth lunatics and criminals. It’s why Babbitt’s history of violent behavior, such as ramming her husband’s ex’s car with her own multiple times, gets glossed over. It’s why most people still think Roseanne Boyland was trampled to death. She actually took so much meth it killed her. These were not good or well-balanced people. (Note: being addicted to meth didn’t make Boyland a bad person; being a Q-Anon fanatic invading the Capitol did.) They were manipulated by Trump and his surrogates, but they still made a choice. Their various foibles and emotional instability made them easier marks, perhaps, but no one made Ashli Babbitt climb through that window despite repeated warnings. For once we can be absolutely sure an officer shooting was justified. No wonder it’s the only one Republican lawmakers have a problem with.