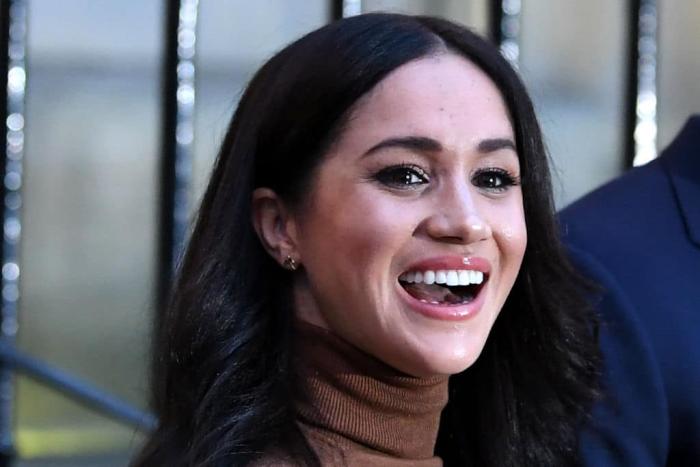 We Found It: We Found the Inevitable Meghan Markle Coronavirus Tweet From the British Press

We said it was inevitable. The moment that Prince Charles received his diagnosis of COVID-19 amid the current lockdown in the U.K., we knew that someone somewhere would see this news and immediately begin looking for an angle that would allow them to continue dragging Meghan Markle’s name through the dirt. But how would they do it? Would they claim that her unseemly habit of closing her own car doors led to the pandemic? Perhaps her gauche American hugging ways spread the virus like wildfire? Or maybe her Jezebel-esque evilness of dragging poor Prince Harry to the darkness of Canada weakened his father’s disposition enough to allow the virus to strike? So many options. I must admit though, I didn’t see this one coming.

Isabel Oakeshott is a political commentator who wrote a biography of David Cameron, is the former political editor of The Sunday Times, and is generally known for being a Brexit-supporting right-wing mouth-piece. All in all, she’s exactly the kind of person we expected to somehow make the coronavirus all about Meghan.

Oh honey, where the hell do we start?

Let’s take it from the beginning. ‘Shattered reputations’, you say? Meghan and Harry remain very popular with both Brits and international royal watchers, especially the latter. The nastiness against them and this insistence that they’re widely hated seems rooted in the press and not much else. If we want to talk about shattered reputations in the Windsor clan then let’s get non-sweaty Pizza Express regular Prince Andrew in here with his late pedophile BFF. Next, why the hell should they come home right now? What possible good could they do? Do you expect Meghan to start treating patients or something? Being a royal is 60% hand-shaking so what the hell are they meant to do in the middle of a social-distancing nightmare? How could they support the royals right now, most of whom are also social-distancing or, you know, receiving bloody treatment for COVID-19?

Also, Isabel, THERE’S A BLOODY TRAVEL BAN ON RIGHT NOW! Could you imagine the headlines if Meghan and Harry did hop on a plane to come back to the U.K. Oh, look at those jet-setting hypocrites putting themselves first in the middle of a pandemic, who knows how much they’ve helped to spread the virus from here to Canada? What a brilliant idea, right? Just think what Meghan and Harry could do for the shattered reputations we forced upon them by breaking a travel ban, adding to their carbon footprint, and leaving self-isolation to bring a vulnerable child to a country in the middle of a pandemic so that they can mingle with at-risk pensioners.

Just think what Meghan and Harry could do for their country and their family by staying the fuck indoors like every fucker else should be. https://t.co/01LP5yJLIG

I bet you my life Isabel Oakeshott has "MEGHAN AND HARRY DEFY THE TRAVEL BAN" headline ready to roll pic.twitter.com/9g4nU82EcG

You want Meghan and Harry….to fly from one continent to another…..to be closer to other people, including one family member who has been tested positive…..when social distancing is the concept of the year????? https://t.co/HGlZaMjfn0

Not even the Queen herself:

UK tabloids: Meghan and Harry spotted enjoying a quiet dinner despite Prince Charles being down with the virus.

Isabel, there are people who are dying. Maybe give this one a rest.