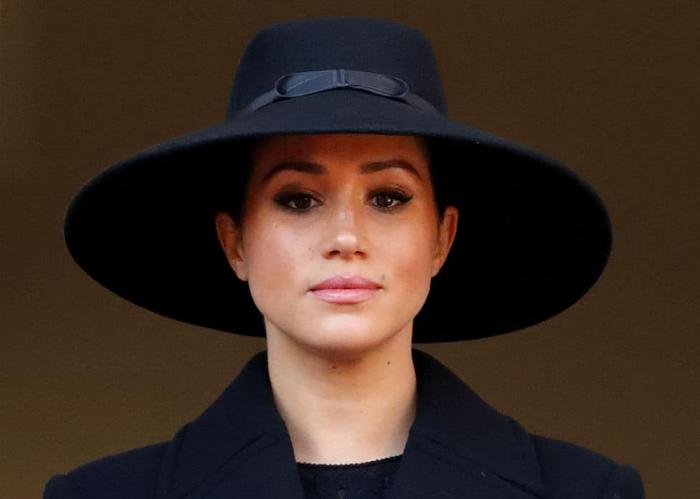 Former Meghan Markle Co-Star Says He Was Offered $70,000 To Lie About A Relationship With Her

After wrapping up their duties as senior members of the royal family, Meghan and Harry have returned to Canada to live a quieter and less bullsh*t life. Honestly, I’m kind of surprised that the British media in all their mouth-frothing hatred for Meghan, haven’t found a way to blame the Sussexes for the coronavirus. Come on, Daily Mail, surely Meghan’s smile or that one time she closed her own car door is proof of an evil scheme to poison the House of Windsor with her bossy American respiratory infection or something?

The might of Fleet Street has proven time and time again that it has no qualms about pushing utter nonsense, ginned up faux controversies, or straight-up lies should the occasion call for it. Given the hysteria that surrounded Meghan and the blatantly racist and sexist tone of many of their ‘stories’, it’s no wonder she and Harry have put their foot down and started filing the lawsuits. Well, they may have another target soon.

Google Meghan Markle’s exes and you’ll probably stumble across a guy named Simon Rex, also known as Dirt Nasty (yup.) If his face is familiar to you, it may be because you recognize him from the later Scary Movie sequels or any number of those extremely cheaply-made parody movies that never seem to go away. Rex starred alongside Markle in a UPN sitcom called Cuts for one episode but that was enough to set off the rumor mill. Well, it wasn’t enough to make a real story, but as Rex told the Hollywood Raw podcast, some places offered a whole lot more for some controversy.

‘Nothing happened. We never even kissed. It was just like, we hung out once in a very non-date-y way,’ Rex explained. ‘She was just someone I had met on a TV show and, like, we got lunch. That was the extent of it.’ The tabloids, however, wanted more once Meghan became a far more famous individual.

‘The tabloids, actually, when that story broke, a couple British tabloids offered to pay me a lot of money to say a lie that we actually hooked up. And dude. I said no to a lot of money because I didn’t feel right lying and f*cking up the royal f*cking family.’

Oh gee, I can’t imagine why Meghan feels as if she has been unfairly targeted by the press in deeply misogynistic ways. Sadly, as with all things Markle, I’m utterly unsurprised by this level of callousness and cruelty directed at her. We’ve already seen how they’ve thrown money around and rolled out the red carpet to allow Meghan’s awful father and half-siblings a major platform to continue their emotional abuse of her.

What would be the point of drumming up a story like this? Oh, a working actress had a short fling with a reasonably decent-looking co-star? The obvious intention was to make Meghan Markle seem ‘unsuitable’ for royal life. Oh, she’s ‘loose’ and vulgar and clearly a S-L-U-T. That would simply be unacceptable for the Windsor family who are famously clean-living and dedicated to their spouses. Assuming this claim made by Rex is true — and frankly, the British press has given us very few reasons to disbelieve him — it only further exposes the deep-seated bigotry at the heart of this matter.

And also death to the monarchy.

← Watching The WWE With No Audience Is... Surprisingly Entertaining? | If Your Heart Doesn't Melt at the Sight of This Old Couple Then I'm Afraid There's No Hope For You →