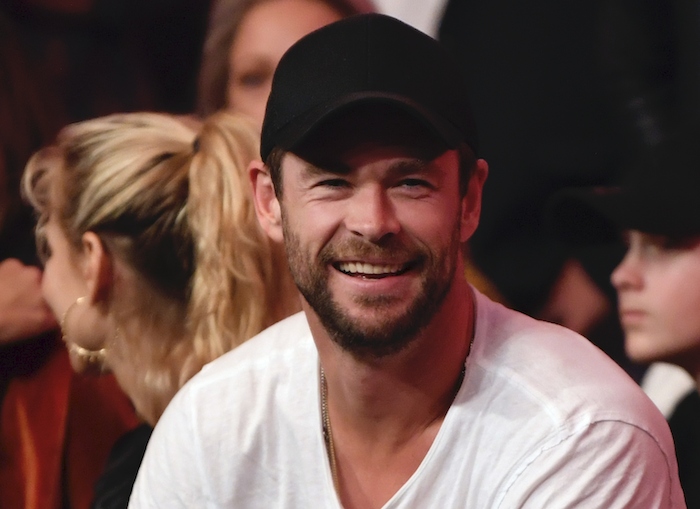 I am a stubborn old broad. I bring this up because once I pick a best Chris, I stick with him dammit, even if he’s doing some questionable things I don’t love.

However, I am here today in an official capacity—to publicly state that due to recent events, I now believe Chris Hemsworth to be Best Chris. This decision is based entirely upon his social media game, which I will bring to your attention now.

#Repost @gretathunberg ・・・ “Right here, right now is where we draw the line. The world is waking up. And change is coming, whether you like it or not.” My full speech in United Nations General Assembly. #howdareyou Swipe for full video->

What do we want? Climate Action! The kids have spoken! Well done to all the young climate strikers for taking part in #climatestrike drawing immediate attention to the climate change emergency!! Taking to the streets and demanding an end to the age of fossil fuels!! Coming out in droves like Children Of The Corn with far better intentions. Telling our political leaders that if they’re gonna speak for them they need to listen to them! The climate crisis is upon us. Children understand the basic science that if we continue to pollute the planet climate change will worsen and they won’t have a future. None of us will. The planet will die and if you do the math pretty sure that means ….um yep we’ll also be disposed of unceremoniously too🤔So yeah definitely immediate, urgent and necessary wouldn’t you say ..? Get moving “leaders” Step 1 - move away from the burning of fossil fuels, no more new oil, gas, coal projects (that’s you Adani Mine) Step 2 - move toward 100% renewable energy generation and exports by 2030 Step 3- fund a just transition and job creation for all fossil fuel workers and communities as this transition occurs

Around the world, our ocean is facing a major threat—#oceanplastic. Plastic has been found in 59% of sea birds, 100% of sea turtle species, and more than 25% of fish sampled from seafood markets around the world. Help protect our ocean and the millions of species that call it home. Become an ocean hero and volunteer on September 21st at signuptocleanup.org @oceanconservancy #teamocean #ICC

Starting today, @EarthAlliance has formed an emergency Amazon Forest Fund with a commitment of $5 million dollars to focus critical resources for indigenous communities and other local partners working to protect the life-sustaining biodiversity of the Amazon against the surge of fires currently burning across the region. 100 percent of your donation will go to partners who are working on the ground to protect the Amazon. @leonardodicaprio. To learn more and to donate, visit ealliance.org/amazonfund (Link in bio) 📸: @chamiltonjames

Not a bad day in the office, getting out of the city finding some surf right near NY. #BOSSBottled

It’s kind of sad when a celebrity using their considerable social media clout to call attention to the crisis facing literally every single being in existence is considered something out of the norm, but here we are, and I’ll take it.

Hemsworth’s climate change posts appear to be a relatively recent development for him but I hope it’s something he continues to do. Every bit of awareness helps, and one of the most popular actors working today, calling attention to it frequently is nothing but a good thing. Especially because again, it is a crisis we all face together.

So, friends, until every Chris in Hollywood is using their considerable social following to call frequent attention to the climate crisis, Chris Hemsworth is the default Best Chris.

Although fair dues to Chris Evans, he has posted about climate change this year:

Either you STILL don’t understand that weather is not climate despite literally everyone explaining it to you every time you tweet this ignorance, or you just don’t care, and you’re deliberately misleading your base.

It’s just that Hemsworth is doing more. 🤷 And also this:

← Trumpdates: The White House is Terrified of the Democrats and What They Might Unearth | Manny Jacinto's Jason Mendoza on 'The Good Place' is TV's Greatest Character →