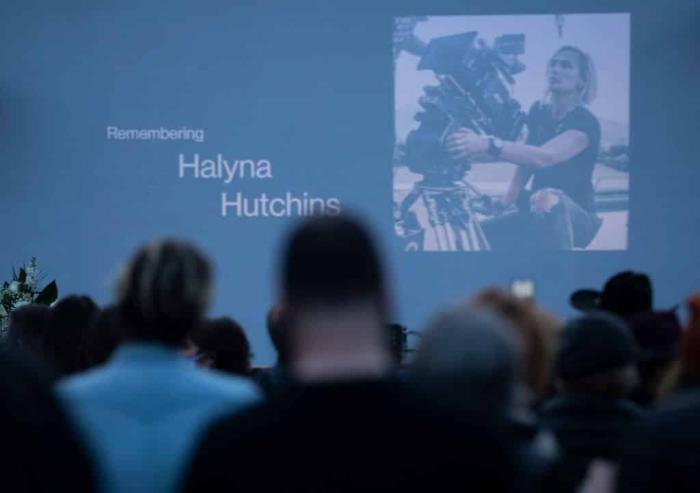 In the months after the disaster on the set of the film Rust, wherein cinematographer Halyna Hutchins was killed by a gun fired by Alec Baldwin during rehearsals, the investigation and surrounding media blame game has only gotten uglier. Now, the armourer in charge of weapons used during the production is suing the prop supplier, alleging his company distributed ‘a mix of dummy and live ammunition.’ Hannah Gutierrez-Reed is seeking unspecified damages from Seth Kenney and PDQ Arm and Prop LLC. Kenney has not yet commented on the suit but previously told Good Morning America that it was ‘not possible that they [the live rounds] came from PDQ or myself personally.’

Gutierrez-Reed’s lawyers are claiming that Kenney and his company ‘created a dangerous condition on the movie set, unbeknownst to’ her. ‘Defendants distributed boxes of ammunition purporting to contain dummy rounds but which contained a mix of dummy and live ammunition to the Rust production.’ The court documents allege that ‘to the best of Hannah’s knowledge, the gun was now loaded with six dummy rounds’ and that COVID protocols kept her from entering the church where filming was taking place, so she had to give up control of the gun 15 minutes before the shooting occurred.

Last October, it emerged that Gutierrez-Reed was in charge of weapons on the set of the Nicolas Cage movie The Old Way and that crew members repeatedly complained about her breaching basic gun safety protocols. At one point, it was reported that Cage himself walked off the set in response to her lack of care.

This past week, Alec Baldwin took to social media to respond to claims that he is not complying with the New Mexico authorities’ investigation into Hutchins’s death. Police have been attempting to get hold of the actor’s phone, which he has not yet surrendered, despite a search warrant being issued almost a month ago. In a long video message posted to his Instagram page, Baldwin said that ‘of course we are going to comply 1,000% with all that’ but that ‘they can’t just go through your phone and take your photos, or your love letters to your wife, or what have you. That is a process that takes time.’

While New Mexico authorities have said that criminal charges are possible in this case, none have yet been filed. Further lawsuits are expected.