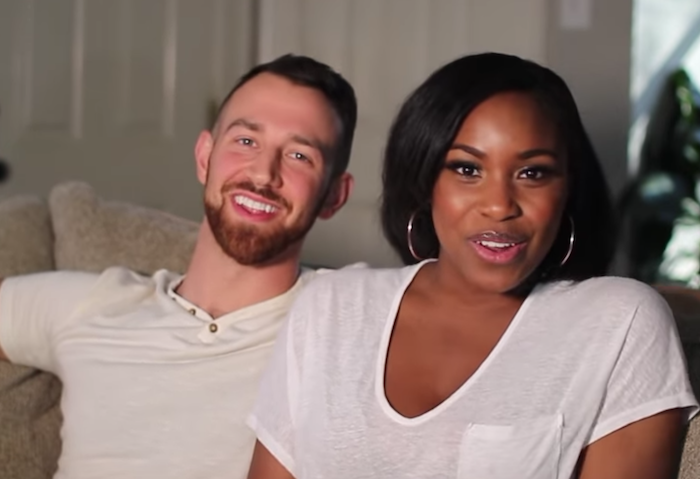 Are Lauren and Cameron the Kelly Clarkson of 'Love is Blind'?

Inexplicably people are really into Love is Blind. I didn’t like it very much but I watched it because I don’t value my time. Now that the show is over, the contestants are left trying to hold on to their 15 minutes of fame. Most of the time this does not work out for them, and the best they can hope for is that eventually VH1 revives I Love Money and opens up the casting pool to reality show contestants, not just VH1-reality stars. However, every once and a while, you do get a person who breaks out from the show to become a legitimate celebrity ala Kelly Clarkson after the first season of American Idol.

Lauren and Cameron from Love is Blind are hoping to become the next Kelly Clarkson, and in order to do so, are launching a YouTube channel called Hanging with the Hamiltons.

I did not find this out because I was on YouTube to find more videos of spooky sounds in haunted mines and this popped up, but rather, People.com told me.

Look, I find Lauren adorable. Cameron is OK, I don’t find him as engaging as Lauren, but then again, not many people would be as engaging as Lauren. I’m not sure I’d want to watch them talk about their lives that much but I basically don’t want to watch anyone talk about their lives that much unless they’re under the steady, trashy guiding force of a Bravo producer and editor. I just don’t get YouTube (unless it’s videos of spooky sounds in haunted mines) much like I don’t get podcasts (as far as I know there is no podcast about spooky sounds in haunted mines) so clearly this channel and show are not for me. That’s OK!

Although I’m clearly in the minority here because that video has 663k views, and I’m sure that number will be higher by the time this post gets published. That means that Lauren and Cameron stand a chance of Clarkson-ing—good for them! Going into an office 9-to-5 sucks. I don’t blame anyone for trying to get off that grind.

← The 'The Walking Dead' Recap, 'Morning Star': Is Tree Sap Flammable? | A Message to Ed O'Neil: Dude, Keep Your Daughter Away from Leonardo DiCaprio!! →