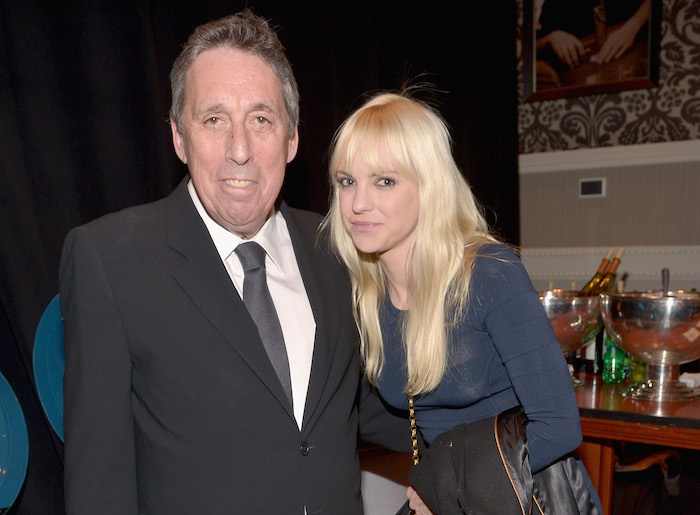 There’s a certain group of mostly beloved men of comedy (or at least, once beloved) of a certain age where you kind of hoped you’d never hear bad sh*t about them, but you’re also not terribly surprised when you do. Henry Winkler is safe, and so it seems is Ron Howard, but not Bill Murray and definitely not Chevy Chase. John Landis, likewise, was a terrible person. Harold Ramis passed away before #MeToo, but I’ve never heard a whisper, and Dan Aykroyd might be a little nutty when it comes to UFOs, but otherwise seems like good people. No one has ever said a bad thing about the late John Ritter, and I expect that will never change.

Alas, Ivan Reitman — the director of Ghostbusters — is now being accused, by Anna Faris, of abusive behavior on the set of a film. She has spoken on her podcast before about working with an abusive director, but in an episode of her podcast, Unqualified, she’s finally named him: The late Ivan Reitman, who passed away earlier this year.

“One of my hardest film experiences was with Ivan Reitman. I mean, the idea of attempting to make a comedy under this, like, reign of terror, he was a yeller. He would bring down somebody every day … and my first day, it was me.”

Faris spoke about Reitman on an episode in 2017 without specifically naming him. She said she was doing a scene in My Super Ex-Girlfriend “where I was on a ladder and I was supposed to be taking books off a shelf and he slapped my ass in front of the crew so hard. And all I could do was giggle.”

“I remember looking around and I remember seeing the crew members being like, ‘Wait, what are you going to do about that? That seemed weird.’ And that’s how I dismissed it. I was like, ‘Well, this isn’t a thing. Like, it’s not that big of a deal. Buck up, Faris. Like, just giggle.’ But it made me feel small. He wouldn’t have done that to the lead male.”

Faris also said that she had been hired by Reitman, she heard, because she had “great legs.”

“Listen, that’s a f**king great compliment. I like my legs. But that sort of informed my whole experience with that whole project. I don’t think the male lead got hired because he had great legs. Therefore, I felt like I’m hired because of these elements — not because of [talent].”

Source: Unqualified via The Guardian