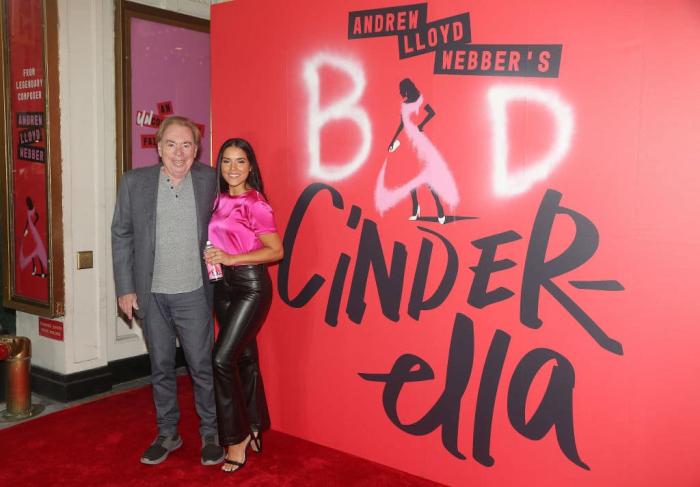 Brace Yourselves: Lord Andy's Crawling Back to Broadway

Many of us were shocked to hear the news that The Phantom of the Opera, the longest-running musical in Broadway history, is set to close its doors in New York after 35 years. We honestly thought that our favorite basement-dwelling incel would outlive us all. The apocalypse would kill us all except for cockroaches, Keith Richards, and Phantom on Broadway. Alas, Lord Andrew Lloyd Webber is bringing the phenomenon to a close, and I’m taking it personally. But never fear, my friends, for Lord Andy, in his infinite wisdom, is bringing a new show to the bright lights of the Great White Way: Cinderella. No, sorry, let me correct that. Bad Cinderella. Edgy, right?

Andy, the former Tory Lord, shared the news outside of Broadway’s Imperial Theatre, where the production will begin performances on February 17, 2023. The opening night is scheduled for March 23. Linedy Genao, who appeared in Dear Evan Hansen, has the title role.

I am thrilled & delighted that we are bringing @badcinderella on Broadway to the Imperial Theatre. We have been working hard on a few new songs for our Broadway opening &, with such a brilliant team, led by the spectacular @LinedyGenao, I know this is going to be really special. pic.twitter.com/QVxFxBNl16

Lloyd Webber said, ‘I am thrilled and delighted that we are bringing Bad Cinderella to the Imperial Theatre. We have been working hard on a few new songs for our Broadway opening and, with such brilliant team, led by the spectacular Linedy, I know this is going to be really special.’

Well, this could be interesting.

For those of you who missed it, this is the ‘new’ version of Cinderella that recently closed on the West End. Andy spent a lot of time spinning the show’s grand opening as the official restarting of British theater after the COVID-19 shutdowns. The opening was delayed more than once, and Lloyd Webber even declared that he would go to jail if he had to in order to let the show premiere. He didn’t go to jail. Sorry. The show received really strong reviews among the British press but struggled to find a wider audience thanks to competing shows like Six. Things took a dark turn when the show’s closure was announced, only for it to be revealed that the vast majority of the cast, crew, and upcoming stars of the show found out this news at the same time as the general public. That did not go down well, and Lloyd Webber seemed to go into hiding to prevent further pushback. He even chickened out of appearing at the closing performance, sending a statement in his place that was roundly booed by the audience.

So, it’s certainly nervy stuff for Lloyd Webber to pack his bags, go to New York, and pretend everything is going smoothly. A lot of West End performers and crew members are not ready to forgive and forget. I doubt the Broadway unions will want a repeat performance of his callousness. I also don’t think all the Phans who are sad about their fave show closing will rush to see his new one, a show that is pretty solid music-wise but feels minor compared to current viral hits like Six, Moulin Rouge!, and the upcoming shows & Juliet and KPOP. It’ll also have to compete with the upcoming Almost Famous and Some Like it Hot musicals, a Neil Diamond jukebox show, the critical darling Kimberly Akimbo, and the long-awaited revival of Sweeney Todd featuring Josh Groban. Musical fans ain’t hurting for good sh*t this season.

Lloyd Webber can’t help but feel like a relic, a creature of the high concept ’80s mega musical format he helped to birth. Every show post-Phantom right up to School of Rock was either a commercial disaster or one that didn’t even make it to Broadway. I wonder if he sees Bad Cinderella as his chance to reclaim the crown. Once this new show opens. a Lloyd Webber musical will have been performing on Broadway every single playing night since September 1979 — a 43-year streak. Honestly, I would rather just see Phantom.


← 'The Avengers' But Hawkeye Misses Every Shot | 'Atlanta' Recap, 'Light-Skinned-ed:' The Complete Opposite Of Being Easy Like Sunday Morning →