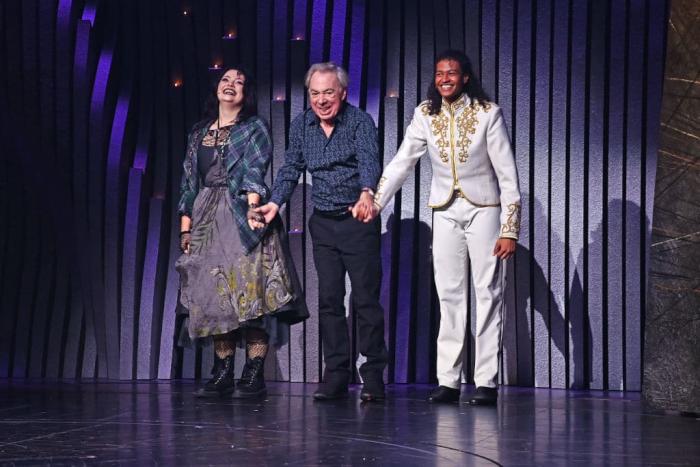 Andrew Lloyd Webber positioned himself as the grand hero of the theater world during the peak of the COVID-19 lockdown in the UK. He claimed that his newest West End musical Cinderella would open even if he had to risk arrest to get full theater capacity for his show. The musical faced a barrage of problems, including having to cancel its opening night due to a case of COVID, but it eventually premiered to solid reviews. It seemed to be doing well, or at least well enough for the production to be preparing for a major cast change. But now it’s closing.

Lloyd Webber’s company, the Really Useful Group, released a statement announcing the news, setting the closure date for June 12th. It’s sad news, but shows close all the time. Most musicals don’t make their investments back. What makes this case different is that it seems like a hell of a lot of people involved with the show found out about its closure the same way that the public did. Yikes.

Carrie Hope Fletcher, the star of the production, hinted at the problems on Twitter.

I don’t think I have the words. And if I did I would probably be advised not to say them. Sending love to all impacted by todays news and by how that news was delivered. 💔

Then she started liking a lot of much shadier comments from cast, crew, and industry fellows alike. Is finding out via Twitter the worst way possible to discover you’re out of a job? It’s cruel, if nothing else.

Imagine - planning in your head 100 times what you’re going to say when it’s announced. Telling your friends and family you have something coming and can’t wait to tell them about it. Knowing that career changing west end lead was coming. Then you see a tweet and it’s all gone💔

There needs to be some explanation. Finding out on TWITTER, that the production I’ve just signed a year contract with are pulling their show from the West End, it’s appalling.💔

When your show became the face of ‘reopening’. When you are entirely in control of the announcement about it closing, definitely make sure the people employed hear first. Definitely don’t write an article days before you tell them for the trade mag. Definitely call your actors.

What makes me especially sad is that they continued casting knowing they weren’t ever going to use the new cast. What is the point. I’m utterly sick to my stomach about it

Finding out on Twitter, yes TWITTER before I could tell my clients (one being their West End Debut) that @ALWCinderella was cancelled… was NOT how I wanted to spend my Bank Holiday Sunday, yes SUNDAY! And that’s not even all of it!

Summer Strallen, who was set to take over the role of the Queen, posted a video on Instagram of her reaction to being ‘sacked via social media.’ She revealed that her agent had not been informed about the news aside from an email sent out on the weekend when nobody is actually at work.


As Baz Bamigboye, a major British theater columnist, also noted, the show’s closure was being finalized several days ago, so why not let the cast and crew know about it then? You don’t decide to close a massive and expensive musical on a whim.

Quite rightly , much discourse about ⁦@ALWCinderella⁩ cast not being informed in a timely fashion about show posting notice to close on June 12. Closure was being finalised several days ago.Cast could have been told days ago - well before public announcement. pic.twitter.com/yNGBxmeowZ

This is, to put it kindly, a super sh*tty way to treat your staff. Lloyd Webber says he’s still planning on taking Cinderella to Broadway, so I hope the actors’ unions over there are prepared for all manner of jackassery. This is a brutal industry and Lloyd Webber, one of the few people in it to have made hundreds of millions of pounds, has made it all the nastier. Most people on the West End are working actors, crew members, and so on, people living month to month. It’s not a secure field and the consistent scrapping of workers’ rights sees a lot of people suffer. If anyone could have afforded to take a hit for the wider cause, it’s the man who made his fortune from Cats. All that AND he has the audacity to brag about taking the show to New York? Oh, sorry I’ve left hundreds of people out of a job, including people who JUST signed year-long contracts, but screw you, I’ve got mine? Drop a chandelier on this b*tch.