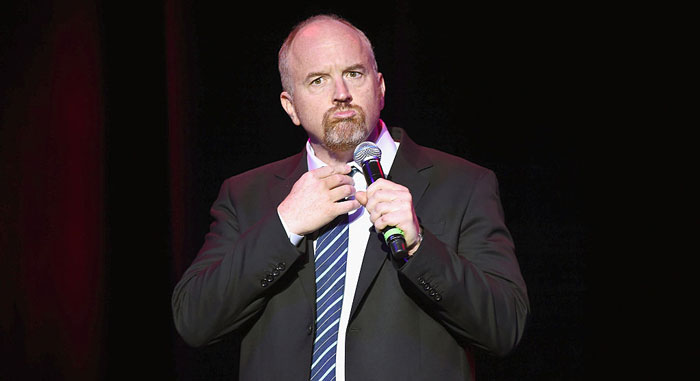 Two years shy of the bombshell report about Louis C.K.’s long-rumored sexual misconduct, the stand-up comedian is crawling out of the shame shadows and the coddling of The Comedy Cellar to go on an international tour. The disgraced comedy star announced the news through his mailing list, which sparked a bunch of people to realize they were still on C.K.’s mailing list.

So began the unsubscribing. We don’t have any idea how many people have opted out of further missives from the admitted sexual predator, but Twitter has given a window into why former fans are fleeing.

Just got a newsletter email from Louis CK containing absolutely zero self awareness. For a comedian whose entire schtick was based around shame, he totally could have (at least partly) redeemed himself, but his inner narcissist just can’t handle the idea. pic.twitter.com/COJUII1HF8

Louis CK needs to go the fuck away 😑 pic.twitter.com/7bBBiIhZO8

I received an email from #LouisCK mailing list today. I imagine this is the first email sent in a while. Man I used to love this dude. Oh well, fuck him. Crush unsubscribe! pic.twitter.com/kUttCCC37v

ok how many of you almost six thousand people following me are accidentally still subscribed to the louis ck mailing list and want to unsubscribe today? https://t.co/JIQEnkU6qR

Hell no, I don’t want to hear from you, Louis CK. pic.twitter.com/WpaN8piDzB

Just got an email from Louis CK… #unsubscribe pic.twitter.com/26lrSqHsr7

Turns out Louis CK is touring worldwide now, also turns out I forgot to delete my account at his site. pic.twitter.com/jrzKHkGUbF

So apparently Louis CK's mailing list removal menu unwisely lets you say why you wish to unsubscribe. You hate to see it. pic.twitter.com/2La30yDFGe

The reasons screenshotted range from “gross” to “you’re a creep,” to “pulls his dick out too much in front of co-workers” to “you’re an unrepentant sexual predator,” and “Louis CK is a sexual predator who should be ashamed to show his face until he actually does literally fucking anything to repair the harm he’s caused,” and “You jerked off in front of a bunch of women without their consent, tried to sink their careers, and then turned into an alt-right piece of shit.”

But not all the responses to C.K.’s return were negative. Some fans, who apparently have no qualms with a man abusing his power to coerce or force female co-workers into nonconsensual sexual scenarios, are bragging about getting seats to his new tour.

Getting an email update from Louis CK was a wonderful surprise. I hope he comes back with a vengeance. pic.twitter.com/b1iYPCvBUV

@LouisCK @LouisCKlive @louisckquotes @louisCK_Comedy #louisck coming to Raleigh Durham for one night! Crazy cheap! Not being advertised much since he’s doing it to test his comeback. pic.twitter.com/dIGq1QXpQJ

So psyched that #LouisCK is coming to @DECRaleigh November 5th. It’s not being advertised AT ALL so there’s awesome seats available for crazy cheap. He did this in a few other cities last month and it sold out in seconds. Gonna be awesome! pic.twitter.com/LQ5x9ACTcp

Go buy them before they inevitably sell out.

This one’s kind of funny in that it hints that C.K. tickets might no longer be as in-demand as they once were.

Today I woke up to an email saying Louis CK is going back on tour and I have been waiting for this day for YEARS. We bought tickets and got orchestra seats and I couldn't be happier right now 😍😭

Meanwhile, the defenses of the millionaire comedian/admitted sexual predator are as predictable as ever.

Louis CK didn't do anything wrong. You act like he jerked off on your mom or something.

Louis CK is a piece of shit. But I’ll still watch/listen to his comedy. If he’s coming to my city, I’d look into getting tickets.

Pajiba is waiting for Joker director Todd Phillips, who predicted the death of comedy by woke culture, to weigh in.