Earlier today, I stumbled upon a piece in which Jeopardy host Alex Trebek spoke about the status of his health. He has stage four pancreatic cancer, and despite nearly going into remission a few months ago, the prognosis doesn’t sound particularly good. “I have learned something in the past year and it’s this,” Trebek said. “We don’t know when we’re going to die. Because of the cancer diagnosis, it’s no longer an open-ended life. It’s a closed-ended life because of the terrible … survival rates of pancreatic cancer.”

In the course of reading the piece, I also saw that Trebek was married. And then I went on a bit of a roller coaster ride through a rabbit hole. Here’s Trebek and his wife, Jean. 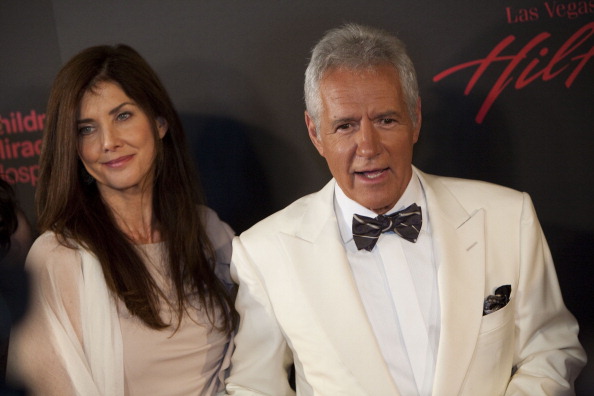 Now, my first thought was this: She’s much younger than he is, isn’t she? He’s pushing 80. There’s no way that Jean is 80. Is Trebek another one of those guys who married a woman half his age?

But then I read that the two have been married 30 years, and I’m like, Whoa! 30 YEARS! Did Alex marry a ten-year-old?

No, Alex didn’t marry a 10-year-old. Jean was 27 when the two got married. Alex was 49. So, a 22-year difference. How insane is it that Alex Trebek will hopefully be able to celebrate his 30th anniversary this year, despite marrying at the age of 49. That’s crazy, and good for him, and good for Jean, and good for their wonderful marriage together, which has produced two children. Matthew is a restauranter, and Emily is very private.

Matthew Trebek, FCRH ‘13 (L), son of “Jeopardy!” host Alex Trebek, and Roger A. Milici, Jr., VP for development and University Relations at Fordham, at the opening of the younger Trebek’s restaurant, Oso, in Hamilton Heights, Manhattan, on May 3.

#HappyFathersDay! Today, Emily Trebek, Alex’s daughter, shares this memory about him: “When I was little, going to work with my dad was one of my favorite things to do. In our downtime on set, I loved to color and would often draw him several pictures and hang them all over his office as decoration. One morning, I drew him this ‘World’s Greatest Dad’ sign. He’s kept it on the front of his office door ever since, even 18 years later. I’m so proud to be his daughter. He is the most caring and supportive father and truly is the World’s Greatest Dad.” 👨👧

But before Jean, Alex had a whole other life! Between 1974 and 1981, he was married to Elaine Callei (now Elaine Trebek Kares). Callei herself had a marriage prior to Trebek, and she was also a Playboy bunny under the pseudonym of Teddy Howard in the 1960s.

A quick-witted, engaging 19-year-old from Ohio, Howard was hired in December to help open the Club in Manhattan. The brown-eyed blonde, who bore a striking resemblance to ’60s English fashion model Twiggy, was quickly remitted from the ranks as the perfect Bunny to model the Bunny costume—labeled “indecent” by the city—in court for a panel of jurists.

In the ’70s, Elaine Callei was a Canadian chat show host who was once reprimanded for her frank conversations with a sex worker and author of The Happy Hooker: My Own Story. The author, Xaviera Hollander, has nothing to do with Alex Trebek, but my god, this passage from Wikipedia:

She spent the first years of her life in a Japanese-run internment camp … In her early 20s, she left Amsterdam for Johannesburg, where her stepsister lived. There she met and became engaged to John Weber, an American economist. When the engagement was broken off, she left South Africa for New York City … In 1968 she resigned from her job as secretary of the Dutch consulate in Manhattan to become a call girl, where she made $1,000 a night. A year later she opened her own brothel, the Vertical Whorehouse, and soon became New York City’s leading madam. In 1971 she was arrested for prostitution by New York Police and forced to leave the United States.

HOLY SHIT. What a fascinating woman!

In any respect, Trebek did not have children with Elaine Callei, but he did adopt her child from a previous marriage, Nicky Trebek, who is apparently a musician. 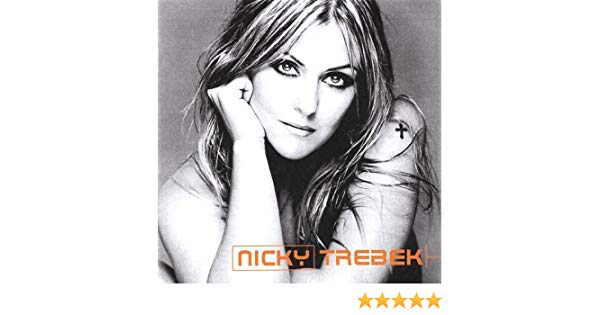 After her divorce from Trebek, Elaine Callei would also go on to create a company called ScentSeal, which packages perfume fragrances for sampling. What a fantastically specific job.

Thank you all for taking this wild trip with me through the personal life of Alex Trebek.

(The header image is of his entire family, including his adopted daughter).

← #ReleaseTheJJCut Is Part of 'The Rise of Skywalker' Discourse Now, Goddammit | 5 Shows After Dark: 'Deputy' Premiere on Fox, 'My Feet Are Killing Me' Premiere on TLC →