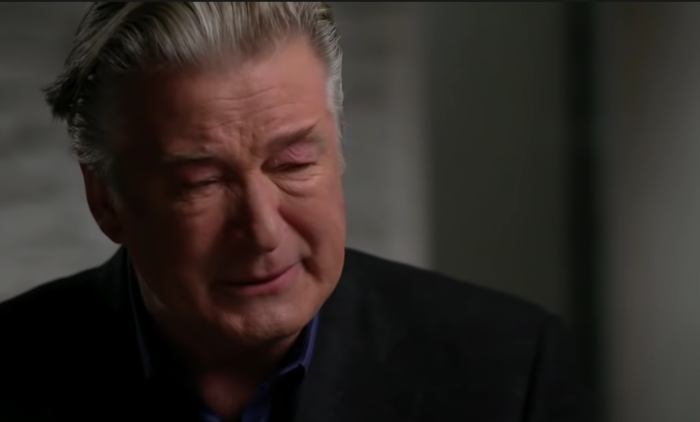 In an interview with ABC News’ George Stephanopoulos last night, Alec Baldwin — backed by assistant director John Halls — said that he didn’t pull the trigger on the gun responsible for Halyna Hutchins’ death. That soundbite was taken out of context and aired in promos ahead of the interview, but the reality is, while his finger may not have been in the trigger guard, he did cock the gun, which apparently misfired, resulting in Hutchins’ death. “I would never point a gun at anyone and pull a trigger at them,” he told Stephanopoulos. “Never, ever. That was the training I had.”

The gun was pointed at Hutchins. According to Baldwin, it’s because she had asked him to point it in her direction because that was the angle she was trying to capture. However, he added, “The gun was supposed to be empty. I was told I was handed an empty gun.” The other irony of the tragedy is that the shot itself was a “completely incidental shot, an angle that may not have ended up in the film at all.”

When Hutchins fell, Baldwin’s immediate reaction was that she’d had a heart attack or fainted because “the idea that someone put a live bullet in the gun” was unthinkable to Baldwin.

He said he doesn’t know how a live round ended up in the gun, and while he has his theories, he said, that was a matter for investigators.

Baldwin — often through tears — spoke about the criticism he’s received on social media largely from the right, including former President Trump himself, who suggested that Baldwin deliberately shot and killed Hutchins. He also shot back at George Clooney for suggesting that it was “insane” for Baldwin not to check the gun before using it.

“Well, there were a lot of people who felt it necessary to contribute some comment to the situation, which really didn’t help the situation at all,” Baldwin said. “If your protocol is you’re checking the gun every time, well, good for you. Good for you.”

(He really should have checked the gun.)

Baldwin thinks it’s unlikely that he will face charges, and he takes some solace in his belief that he wasn’t “responsible” for Hutchins’d death (though, again, he really should have checked the gun).

Baldwin also said that he hadn’t heard about any of the complaints about working conditions from those on set in his capacity as producer (which may suggest, at the very least, that he wasn’t a very involved producer). As for his career? He doesn’t “give a f**k” about it anymore, and if his career is over, he seems to be at peace with that. In any case, he said he couldn’t imagine ever working on another film where guns are involved.