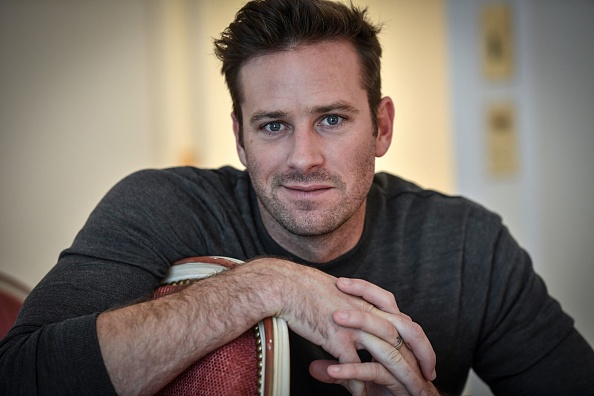 Let me cut to the chase. Discovery Networks’ three-part documentary exposé about Armie Hammer and his family is mostly gross and exploitative, with whiffs of opportunism. The first episode is dominated by Courtney Vucekovich’s account of her frightening and short-lived relationship with Armie Hammer, which she also shared with Vanity Fair last year. If I went into the details of the psychological and physical abuse she claims to have suffered during their time together, the header of this article would need to be a giant, flashing, content, and trigger warning. I will just say that all of those things we read about a few months ago? They go into greater detail about those things in this series. But even Vucekovich refused to describe everything that Armie did to her, breaking down in tears at one point during her interview in the episode. 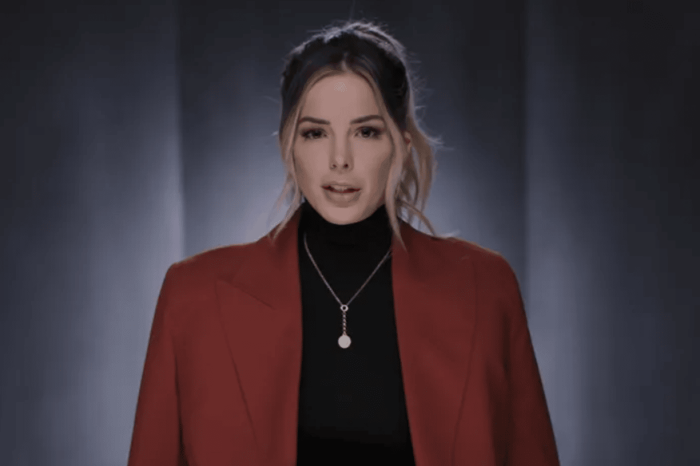 Courtney Vucekovich is not the only woman who came forward with allegations against Hammer. According to the series, there were many women sharing stories on social media about his behavior. Julia Morrison, an actress and visual artist, was one of those women and also agreed to participate in House Of Hammer. Her relationship with Armie seems to have been strictly online and she got the heads up on his “misdeeds,” as they are constantly referred to by his aunt, before pulling the plug on an in-person meeting. Small miracles, folks.

In addition to the few women who were willing participants in this series, the recorded testimony of the woman behind the social media handle @houseofeffie, is also shown. Effie, a pseudonym, is the only woman, among many accusers, who has alleged that Armie Hammer raped her. It was her Instagram posts in early 2021 that prompted so many other women, including Vucekovich, to come forward about Hammer’s abuse. Effie declined to participate in House Of Hammer in part because:

It is extremely inappropriate of you to exploit such a tragic, vulnerable time in many people’s lives, with no regard whatsoever for our healing process and privacy.

She is not wrong. The fact that the folks behind this series, Elli Hakami and Julian Hobbs, used her testimony and social media posts and tell her story without her willing participation victimizes her all over again. From her statement to the L.A. Times:

The way they’ve been exploiting my trauma is disgusting…When I keep screaming ‘no’ and they keep going, saying they don’t need my permission, they remind me of Armie.

Gloria Allred, Effie’s lawyer in her case against Armie, was also interviewed for the show. She participated without Effie’s knowledge. While Allred claims that her statements were made in her client’s “best interests” it’s hard not to see it as clout chasing, centering Allred herself instead of the woman she is representing. Gloria already has a documentary; she didn’t need to be part of this one without her client’s consent.

Casey Hammer, Armie’s aunt, is the sole Hammer family member who is featured in this documentary. She speaks a lot about wanting to “break the silence” about her family’s “dark misdeeds.” I can’t help but be cynical about that because if that were really her goal, she could have done that without further exploiting Armie’s victims. There is plenty of salacious family history here without dragging in unwilling participants. If no one was interested in reading her 2015 book, Surviving My Birthright: The Authorized Version before, I bet she’s seeing some sales now. 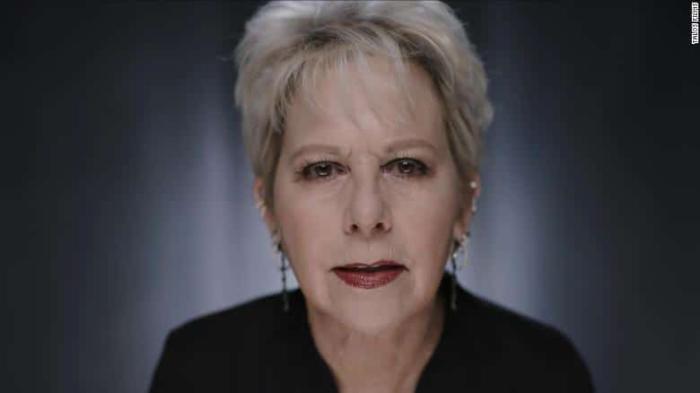 If you can get past the ickiness of the first episode (I recommend a shower), you’ll learn that abuse and rape seem to be common tactics used by the men of the Hammer family. Casey Hammer’s book is the basis of the last two episodes, which take us all the way back to Armie’s great-great-grandfather, Julius Hammer. Julius was a Russian émigré who became one of the founders of the American Communist Party. His son, Armand (whom Armie is named after) went back to Russia and attempted to make his fortune there. Frustrated by the incompatibility of Capitalism and Communism, Armand returned to the States and married into money, which helped him obtain control of Occidental Petroleum (Oxy) in 1956. This made Armand powerful in a lot of political circles. In the series, there are audio recordings of President Kennedy leaving him messages, video of him arm-and-arm with Leonid Brezhnev (Former General Secretary of the Communist Party of the Soviet Union), and video of fundraising events that include Prince Charles and Lady Diana. There was a lot of money and a lot of backscratching going around. Armand eventually enlisted the help of his own son, Julian, to secretly record conversations with some of his powerful friends that he later used to blackmail them. 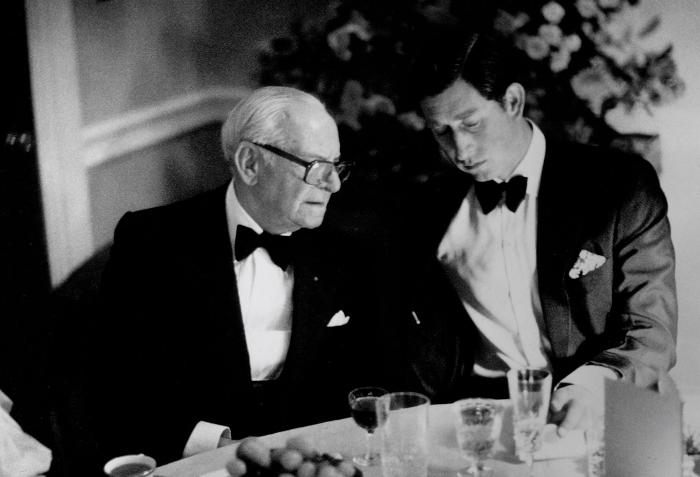 Armand was the undisputed patriarch of the Hammer family until his death in 1990. Nothing happened without his consent and he wouldn’t allow anything to tarnish the family name or his image as a gentleman philanthropist. This meant not only keeping his own extra-marital affairs under wraps but also trying to manage his son, Julian’s, bad behavior and doing damage control when he couldn’t. When Julian’s wife finally left him after years of abuse, it was Armand who threatened her to keep quiet about family matters. According to Casey Hammer, her father Julian was an alcoholic and a drug addict with a collection of guns. Casey talks about Julian considering himself the Hugh Hefner of Pacific Palisades, and she remembers witnessing many drug-fueled orgies at his house after the divorce. She also recounts a specific party at which her father decided to play William Tell and shot a hole through a phone book that she was holding up next to her face. In 1955, Julian shot and killed a man he thought was interfering in his relationship with one of his many girlfriends. Armand paid his bail.

It seems that using money to solve problems and living a hedonistic lifestyle where women were treated as objects to be controlled and dominated were family values passed down from Armand to Julian and then to Julian’s son, Michael. According to his sister, Casey, Michael was the stereotypical, California party boy, who manipulated his way into being named Armand Hammer’s heir. He and his wife were made executors of Armand’s will, which included a $40 million trust that they plundered and used to fund many ultra-conservative Christian causes as well as their own excessive lifestyle. They bought property in the Cayman Islands, where Armie and his brother were raised.

Casey Hammer, as well as a handful of family friends and one of Armand’s former staff members, all speak of the consistency of vice over virtue through the generations in the Hammer family. It seems to me that every male Hammer member, from Julius down to Armie, is guilty of violently abusive behaviors against family members and romantic partners. It’s obvious from what’s presented in House Of Hammer that this is all learned behavior these men have been allowed to get away with because they’re rich and powerful. That doesn’t excuse any of it. Further, I think it proves, again, how important the #metoo movement is. If even part of what’s presented in this series is true, the Hammer men have rarely, if ever, been made to take responsibility for their actions until Effie’s lawsuit against Armie.

I think it’s amazing that had it not been for Effie posting her story to Instagram, or the TikTok Deep Divers, @bbfbravo and @thezenblonde, finding that post and pushing it into viral infamy, none of us would be aware of any of these alleged atrocities. Casey Hammer’s book was published in 2015, as Armie’s star was on the rise. No one really batted an eye about his family’s debauched history. Even amid all of these allegations discussed in House Of Hammer Death On The Nile was released earlier this year with Armie as one of the stars. 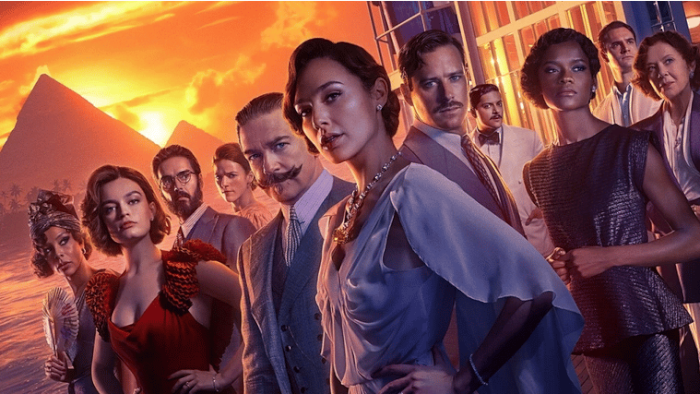 Courtney Vucekovich speaks candidly about being informed of Armie’s most recent girlfriend, Lisa Prima, and how she felt recognizing the bruises all over Prima’s body in Instagram pictures. They looked a lot like the bruises Armie had left on her own body. Courtney and Paige Lorenze, another of Hammer’s recent former girlfriends, connected shortly after Lorenze broke it off with Hammer and compared notes. According to their recollections, he’s still using the same lines and tactics to “love bomb” women, duping them into thinking he’s a safe, caring person. Then he starts tracking their locations, controlling every aspect of their lives, and talking about cooking and eating parts of their bodies. Vucekovich even found Hammer’s “Finsta” account — his hidden Instagram account where he posts videos of drug use and bondage. None of this sounds like the actions of someone who is remorseful or interested in changing their behavior.

At the end of the three-part series, they asked the interviewees if they think Armie Hammer will be “canceled.” A former acting classmate of his, Ryan Bailey, pointed out that Hollywood is built on money and if Armie can figure out a way to make money for someone why WOULDN’T he be allowed to make a comeback? That’s really the depressing truth, isn’t it? We watch it happen all of the time. The rich, white men in the uppermost tiers of society are rarely held accountable for their bad actions. For every Harvey Weinstein there’s a Captain Jack Sparrow, a Mad Max, a Louie C.K. and an Armie Hammer out there smugly cashing paychecks. Based on everything we know about how easy it is for Hollywood to casually support abusers, it seems like Kayleigh’s February article (featured in the documentary) is prescient.

All three episodes of House Of Hammer are available to stream on Discovery+.