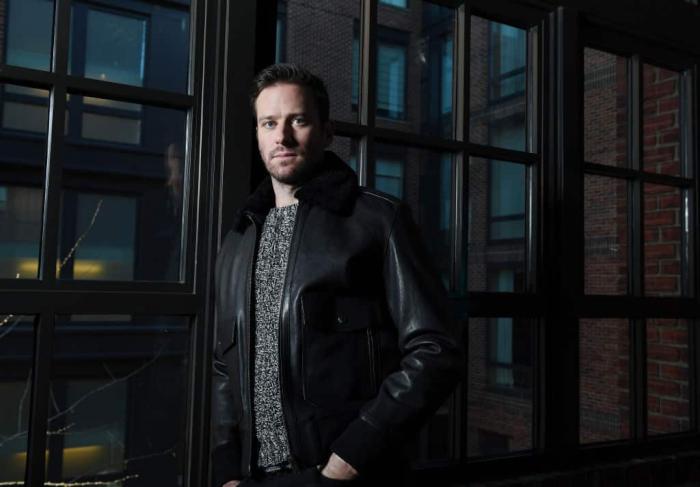 Should We Prepare for an Attempted Comeback by Armie Hammer?

Last week, a curious story appeared on the website for People, one of the biggest and typically most reliable sources for celebrity news. In it, ‘sources’ claimed that Elizabeth Chambers, estranged wife of actor Armie Hammer, was keen to work things out with her ex. The magazine has been pretty detailed in documenting the fallout from the split, which followed multiple accusations of abuse and sexual assault made against Hammer. After reading many stories of how Chambers was ‘healing’ and dating again, this new report claimed that the pair were ‘slowly figuring things out as a couple, but being parents to their two kids will always come first.’ Hammer is described as being ‘really the love of her life’ and that ‘Armie’s rehab stay showed that he was committed to big changes.’ Hammer recently spent time in a treatment facility for drug, alcohol, and sex issues.

The piece dropped the same week that Hammer’s latest film, Death On the Nile, premiered in cinemas. Hammer has been notably absent from marketing for the movie, including a carefully edited trailer. He’s not promoting the film and Disney seems to be doing all that it can to pretend he’s not in it. They even took the initiative to remove him from another upcoming film, Taika Waititi’s Next Goal Wins, where he’s being replaced with Will Arnett. Still, the timing doesn’t strike me as a coincidence. Is this Hammer’s attempt at testing the waters for a comeback?

Before he was accused of multiple instances of sexual misconduct, Hammer’s image was heavily tied into his life as a happily married father of two who wed his high school sweetheart long before he became a star. He lavishly talked about his love for Chambers, including having so much respect for her that he couldn’t possibly ask her to indulge his kinkier sexual desires. Yup, that happened. It was a bit of a red flag at the time and certainly not a healthy way to view kink, as any expert will tell you. It’s a smarmy declaration that took on a far more sinister turn when the allegations surfaced, and I’m not even talking about the many instances of infidelity against Chambers.

I think it’s worth remembering what Hammer was accused of. He wasn’t outed as having a weird kink or being into some taboo but ultimately legal sex acts. He was accused of rape. After the initial bout of anonymous Instagram allegations, which detailed incidents of reported violence, manipulation, and cruelty, a woman approached the Los Angeles Police Department in March 2021 to accuse Hammer of violently raping her. The LAPD then confirmed that he was the subject of a sexual assault investigation. Hammer denies the accusations of rape and assault, and the investigation is ongoing.

That’s what we’re dealing with here. I want this to be thoroughly understood because, even at the time, I saw way too many people approaching this story with an air of confusion or outright derision. There was too much focus on the purported cannibalism kink rather than the allegations of violence against women. A lot of jokes were made, and it was almost forgotten that we were potentially dealing with a dangerous man and countless possible victims.

The People story doesn’t overlook that either. Actually, it spends most of its time detailing the accusations and giving space for the victims in a way that reminds the reader that this ain’t a puff piece for an attempted reform campaign. This is expected from People, who are famously pro-celebrity in their coverage and willingness to reach out to the A-Listers to give them space to breathe, but they’re not publicists either. If this is intended to lay the groundwork for Hammer to return then it’s still extremely cautious stuff from the editors. Contrast that with JustJared, the internet’s kindest and most snark-free gossip site, who published a report of Mia Goth’s pregnancy with her partner Shia Labeouf and chose to omit the fact that he’s being sued for sexual battery and assault by his ex-girlfriend. ‘Congratulations to the couple’, it said, as if the idea of a woman having a child with a man who has faced several credible accusations of beating women was something to cheer for.

No comeback is impossible in Hollywood, the city where rich white guys get more chances than there are dollars. Mel Gibson is still regularly working. Multiple actors are throwing themselves into the fire to defend Woody Allen. And, of course, there’s the growing bad-faith culture war that has declared the near-ephemeral concept of ‘cancel culture’ to be their latest battleground. Everything is ‘free speech’ now, from Joe Rogan spewing the N-word to J.K. Rowling’s transphobia. Hell, this lot has turned Louis C.K., a self-confessed sex criminal, into one of their heroes. They’re that desperate to ‘stick it to the triggered libs’ that they’ll cozy up to a man who admitted to his abuses. So, in that context, it is dishearteningly possible that Hammer will find a way to worm back into the good graces of the right people. If Shia Labeouf and Kevin Spacey and still get work, what’s to stop Armand?

If Hammer wanted to try a comeback, making sure the world knew that he and his estranged wife were back on loving, respectful grounds and that she trusted him after he confronted his demons is certainly the first step any publicist would suggest. It’s equivalent to Mel Gibson’s public ‘apology’ for all that misogyny and anti-Semitism (no, not that instance, not that one either, the other one, remember?) The vague sheen of respectability and humility is all that’s required for those in power, the ones who weren’t hurt in the first place. Maybe he’ll go on Jimmy Fallon’s show and make some Hannibal Lecter jokes or do a sad boy profile with a magazine where he’s shot in black-and-white looking at his shoes while wearing a $6k turtleneck. That or he goes full Joe Rogan. Honestly, either option would probably do what he wants it to.


← Furries Rejoice! Disney+ 'Rescue Rangers' Movie Arrives in May | The Most Compelling Anna in Netflix's 'Inventing Anna' Is Anna Chlumsky →