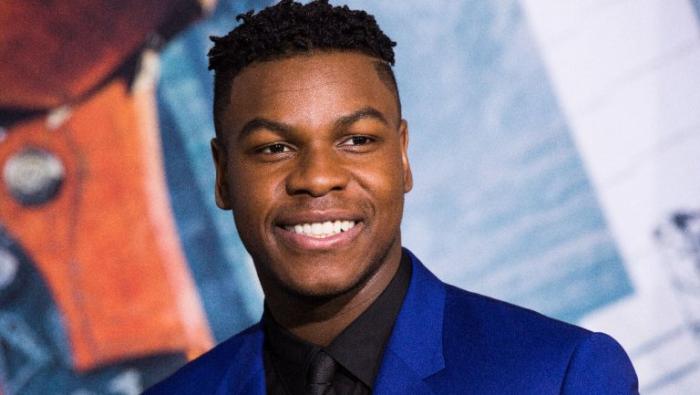 So…you’re all familiar with this film called Star Wars: The Rise Of Skywalker, right? Highly anticipated, heavily discussed here on Pajiba and on many other websites, and is doing pretty well at the box office so far despite the mixed reviews?

If you’ve already seen The Rise Of Skywalker as well as the first two films that come before it in this most recent trilogy of Star Wars films (The Force Awakens and the not-at-all-polarizing-because-it’s-universally-beloved-by-every-Star Wars-fan-that-talks-about-it The Last Jedi), then you’re aware of the chemistry and budding romance between Rey (Daisy Ridley) and Kylo Ren/Ben Solo (Adam Driver).

Well, one of the people who is also familiar with this chemistry/budding romance is none other than John Boyega, who plays former Stormtrooper-turned-Resistance fighter Finn a.k.a. FN-2187. And shortly after the release of The Rise Of Skywalker, he posted this tweet about the relationship between Rey and Kylo Ren.

Some of the people who are fans of the relationship between Rey and Kylo Ren, or “Reylos” as they’re called, were not at all pleased with this tweet, despite the fact that Boyega didn’t really say much in said tweet.

“Why are you making fun of your own collegues’ work and what they have done to bring life and emotion in these two characters? The disrespect you have your own movies and the work behind it is sad. Blame the writers and the whole Disney for promoting Rey and Kylo as the romance.”

“Someone’s clearly never read Pride and Prejudice, Jayne Eyre or Wuthering Heights. Sorry it’s canon but by all means continue the unprofessional behavior and bullying of people who supported you for years.”

“I’m so sorry your character has nothing more than screaming “Rey” in every single scene and you are jealous of Ben Solo’s arc. Reylo is superior and have the best story in SW sequel trilogy.”

“this is exactly why men of colour are trash.”

“You can not like a ship that’s fine. But don’t look down on the shippers, the ship wars stay in 2014 Tumblr. Reylo is a valid ship, just as much as Finnpoe, Kylux, LukeHan, HanLeia, and all the others. Don’t kinkshame, it’s a bad look on you.”

“Yikes… @JohnBoyega always seemed like a down to earth guy, but his recent tweeting/IG just feels… ick. Disappointing. He keeps saying he knows the difference between character and reality but he sounds like he’s really scorned by #reylo canon. Adam and Daisy deserve better.”

It also didn’t help that Boyega was accused of misogyny and sexism due to this comment he posted on Instagram regarding Finn, Kylo Ren, and Rey.

Not every response to Boyega’s tweet was a hateful and negative one, as there were also some people who applauded him for calling out the Rey/Kylo Ren relationship for having yet another mass murderer quickly and easily gain love and redemption despite all of the death and abuse and suffering he has been inflicting on others.

But that one tweet clearly wasn’t enough for Boyega to convey that he had very few f*cks left to give. Because last week, he posted this video on Instagram, and any remaining f*cks he may have had regarding the negative and hateful things said to him by Star Wars fans and by trolls/fuckboys who call themselves Star Wars fans, this was pretty much him throwing his last remaining f*ck out of the nearest window.

Glad I got that out of my system 🤣

And these are just a small portion of the tweets in response to his post, most of which were supportive and understanding of what Boyega did and why he did it.

“I’m glad John did it. It very much has the energy of Zab Judah pulling up on that dickhead who tweeted he was going to “beat his ass” DIRECTLY to him. People ROUTINELY get reckless as fuck on here from the mouth & think no one will clapback at them or fuck them up because “jokes.” This time it’s just coming from people who abuse AAVE, pretend to be Black people to shield themselves from criticism, & try to hide behind anonymity & Adam Driver/Daisy Ridley avis. Oh and were always two seconds from calling John an “uppity” n*gger for not knowing his station. It’s been fun to watch tbh. Because John reminds me of every Black person who has been told to take abuse and denigration “with grace” who decides that, no, that’s not what the fuck they’re about to do.”

“#JohnBoyega is just calling out the people who have been trolling him for the past 4 years. It’s honestly what more directors and actors should do…These people are WAY too comfortable hiding behind their phones and trolls should be called out. Don’t like it? Block him then.”

“Reylos are in the same boat of sw fans that treated Ahmed [Best, who played Jar Jar Binks in the Star Wars prequel trilogy] like shit and ran that child away from acting anymore. They are just as terrible and deserve all of what I would call mild taunting that John has participated in.”

“John Boyega aimed to troll every soul who harassed him for the last five years. And their reaction is…. crying about how they deserve better. Should have thought about that before harassing the actors. I honestly can't wait to see his next film.”

“john boyega getting back at these annoying ass r*ylos who have been blantantly racist and fuckin annoying for years now that he cashed that check & his contract is over …. you LOVE to see it.”

“i, for one, think that john boyega clowning on a group of people who consistently harassed him and used every opportunity to target him with racism & antiblackness for years is one of the best things to come from the end of the skywalker saga.”

There’s a very well-known saying attributed to Michelle Obama and that saying is: “When they go low, we go high.” And a slightly lesser-known but equally valid alternative to that saying which is attributed to former Attorney General Eric Holder, and that saying is: “When they go low, we kick them.” Since the very first day that the teaser trailer for Star Wars: The Force Awakens dropped online for the world to see, in which we all saw Finn decked out in Stormtrooper gear, Boyega has been expected to keep going high as he has dealt with people (mostly trolls, bullies, and f*ckboys who call themselves Star Wars fans and who are just as horrible a reflection for the rest of the fandom as the #ReleaseTheSnyderCut extremists who use the hashtag as an excuse for their own trolling and bullying, and who make the rest of DCEU fandom look bad) for constantly hurling all kinds of racist and ignorant statements in his direction.(“But…but Stormtroopers aren’t Black! They can’t be Black? What’s with this forced diversity in Star Wars?! This is bullshit!”) And so many of these same people who wouldn’t hesitate to shut down any insults or negative discussion about Adam Driver when people would insult his looks or his chemistry with Daisy Ridley would also be quieter than ants pissing on cotton when that same ignorance and hostility was aimed at John Boyega for any reason, while also insisting that Finn and Rey are better off as friends than they are as a romantic couple because she has better chemistry with Kylo.

Most of the complaints about Boyega’s Instagram post have been about him supposedly doxxing the people in the tweets that are seen in his video by having their usernames remain visible, while also being judged for being a grown-ass adult going after women and teenagers on the Internet and leaving them all open to harassment. Except that doxxing involves someone’s real name and address being revealed on the Internet for all to see, and that’s not at all what Boyega did. He simply took the angry/hateful/disrespectful tweets that showed up in his Notifications, and put those tweets and Twitter accounts on blast. And as for women and teenagers saying that adults shouldn’t come after them like this on social media, I’m quite certain that Boyega didn’t feel the need to read and inspect the Twitter bios of everyone insulting him over something he said on his own Twitter account.

And this is something that should be obvious to anyone and everyone privileged to have Internet access, but absolutely no one deserves to be doxxed and made to feel that their personal well-being has been placed in jeopardy by strangers on the Internet with nefarious purposes. But quite frankly, if you’re someone who uses distance and anonymity and youth as an excuse to be loud, cruel, and hateful to others on the Internet, don’t be surprised or upset when your targets decide to start firing back and letting you know that they’re not the ones to f*ck with, regardless of your age or your gender. I mean…you can be surprised and upset, but this is the only response that you will receive and truly deserve.

John Boyega isn’t the first to speak out and strike back against bullies and trolls on the Internet, and with far too many people relying on keyboard courage to think that they can say and do whatever they want and not deal with any consequences for what they say and do, it’s practically guaranteed that he won’t be the last.

This has been another edition of “When Keeping It Real On Twitter Goes Wrong.” 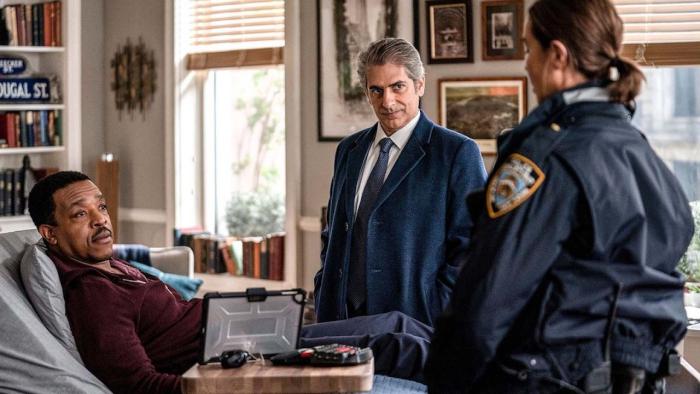