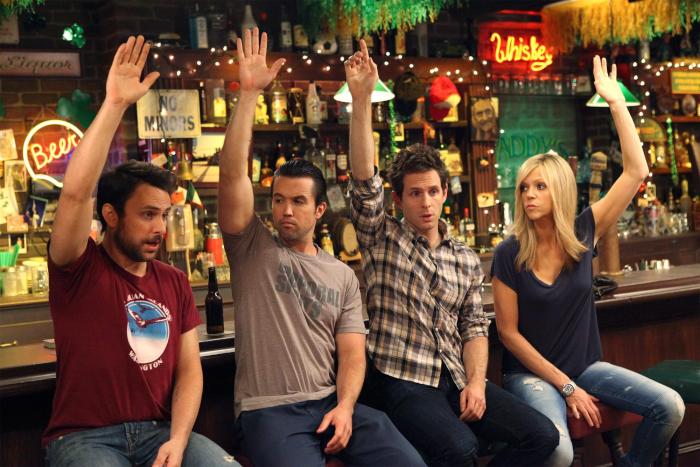 I have to say right off the bat that this is one of the funniest social media roundups I’ve ever done, at least to me. Not necessarily because the material itself is hilarious, but simply because the vast, vast majority of the responses to the initiating prompt I have simply never even heard of, let alone seen! I didn’t think it was gonna be that way when I saw the prompt:

what’s your fav original song from a show or movie ?


I had a fair few things come to mind straight away! A number of Simpsons tunes, I’m sure there was something from Community there, and, of course, the king of them all that’s featured in the header photo above. But the responses that came up? I can’t remember the last time I drew as many blanks as the ones from this:

Nobody dropped the Hex Girls? pic.twitter.com/RkQHbwBO6n


The entire Cheetah Girls (1 and) 2 discography is untouchable. Certified Gold.

This fake group was so good that they became real and sold out tours worldwide. Women's empowerment, diversity, vocals, like they had it ALL. pic.twitter.com/VCiBCVXiDl

way back into love from music & lyrics


The girls today aren’t doing it like Lizzie pic.twitter.com/bGMIyfOOko

My self respecting queen Gabriella prepared me for the future and I didn’t even know it 🥹🥹 pic.twitter.com/HiRjr1tXqy


This changed everything for me pic.twitter.com/qyFzL0Jnzd

Undeniably a bop and forever will be pic.twitter.com/Oh6K3m4SAC


The grip this song had on me all those years ago… pic.twitter.com/jfgZDS6pCQ


I mean all these cool but if we being honest… pic.twitter.com/PfRWd99aIg


Take Me Away by Pink Slip

I still wanna have this moment irl pic.twitter.com/r6le9kEhfn


Use to stay rent free in my head as a kid. pic.twitter.com/Q3aodDwhRs


Any song in this movie snapped beyond explaining it was already hard to pick ONE SONG but the Queen did it for me pic.twitter.com/A2mOXW0Q3d

The Climb always makes me emotional no matter how many times I hear it. I loveddd Hannah Montana & Miley when I was little and I still do—this is probably my favorite song from her, only rivaled by Butterfly Fly Away which also makes me cry every time I hear it pic.twitter.com/Gj7HlrpZoK

idk if anyone has posted this but they ate pic.twitter.com/MdHywFGrRf