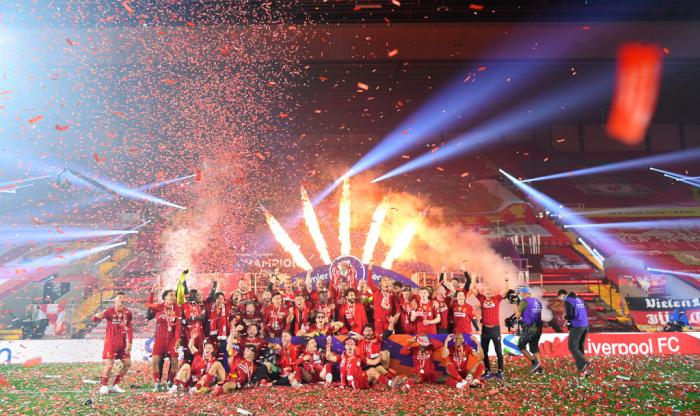 I haven’t been much of a football fan at all for a long time. As a kid, I used to be a huge Arsenal supporter and I followed the game religiously, but then I decided that it was all a massive capitalist con and I didn’t want any part in it (I was already annoying at twelve years old), so for the past twenty or so years my relationship with football has been minimal. I don’t follow the leagues, I don’t know the players, I don’t support anyone. I perk up a bit when the World Cup happens, but that’s mostly because of the ‘global festival’ party feeling that suddenly descends over everything and provides break from the monotony of the usual day-to-day. Aside from that though I’m mostly totally detached from football.

I say ‘mostly’ because I do follow a few football people on social media, and the politics of the game do interest me. As a traditionally working class game that still gets most of its talent from the classes that birthed it but which has been corrupted by the interests of big capital, it’s difficult not to be fascinated. So I couldn’t help but notice when news broke that six of the biggest English football clubs were apparently soon to join up with six teams from Spain and six teams from Italy in forming a ‘European Super League’. According to The Guardian:

After a dramatic day that earlier saw Boris Johnson and the French president, Emmanuel Macron, both condemn proposals that had been met with widespread criticism from around the continent, a statement just after 11pm UK time from the newly formed European Super League confirmed plans to begin the new competition in August.

The plans, which would represent one of the biggest changes ever made in the football calendar, threaten not only the future of the Champions League but could have a seismic impact on the entire structure of the club game. In England the Premier League had urged clubs “to walk away immediately before irreparable damage is done”.

“Twelve of Europe’s leading football clubs have today come together to announce they have agreed to establish a new mid-week competition, the Super League, governed by its founding clubs,” it read. “AC Milan, Arsenal FC, Atlético de Madrid, Chelsea FC, FC Barcelona, FC Internazionale Milano, Juventus FC, Liverpool FC, Manchester City, Manchester United, Real Madrid CF and Tottenham Hotspur have all joined as founding clubs. It is anticipated that a further three clubs will join ahead of the inaugural season, which is intended to commence as soon as practicable.”

The backlash on social media to the news was instant and widespread, with many English-speaking users taking aim at the naked greed of the massively wealthy owners of the six clubs here, and their efforts to form an anti-competitive, elitist splinter league that will drive the sport even further into capitalist misery than it already has been.

😡 | "I'm a #MUFC fan and I'm absolutely disgusted."
💥 | "They are an absolute joke."@GNev2 gave a brutally honest reaction to reports that England's biggest clubs are expected to be part of plans for a breakaway European Super League…pic.twitter.com/VfJccGYXjE

The plan would guarantee massive income to a 15 club elite and cement financial gaps not only between those competing in the Super league and those not, but within it.

The 15 breakaway clubs have generously deigned to allow 5 merit based qualifiers each season. But the system is totally skewed against them. They have no say in running the Super League and are entirely excluded from a commercial pot worth 15% of income

At the same time, the organisers have shown their contempt for rewarding sporting success. You get given a ton of money for playing (about €180m for the group stage), but prize money is quite small - worth perhaps €30m extra for winning it. Which is small change, really (6/)

At the same time, if, say Leicester or Everton, were to qualify and actually win it - despite everything being skewed against them - they would earn around half the amount Barca or Real would be guaranteed JUST FOR COMPETING IN THE GROUP STAGE (8/)

FIFA are completely correct in offering every sanction going, and I hope that at the next Premier League board meeting or ECA gathering the people behind this are treated with the same contempt as they were for the equally risible 'Project Big Picture' (10/10)

Super League burns because after one of the hardest seasons ever, when we were all told it was about community and entertaining those who needed an outlet, a bunch of boring suited men have turned around and gone "No it's about money."

Big football clubs could have used Covid as a springboard to come out with proposals to confront greed in the game; eradicate £200m transfers, £100m contracts, £20m agent fees, and it would've caught a mood and been really popular. Instead they've done the exact opposite.

An unassailable moat around our privileged position as members, but without a draft system to pretend there's any element of equity involved.

#Embarrassing as fan representatives we are appalled & completely oppose this decision. FSG have ignored fans in their relentless & greedy pursuit of money. Football is ours not theirs. Our football club is ours not theirs. We will respond fully to this statement in due course. https://t.co/vFsykEm1Qz

If the Premier League, UEFA, FIFA, FA, La Liga, Serie A now don't kick these fuckers out, as the Super League seems to intimate ( we'll play midweek alongside domestic leagues), then every one of those bodies are finished.

Let's see who's got the bottle to slug it out.

The lack of sacking managers is making a lot of sense.

Arteta and Jose have seemed like they’re under no pressure. I just thought their clubs had dropped ambition, but really…league position hasn’t mattered to these clubs for months.

Oi, this is spooky.

Absolutely disgusting, you should be fucking ashamed of yourselves. https://t.co/Ch5QXEE3nf

We are sorry we ignored your warnings father https://t.co/t5xa4TrgbG

There was a chance in 2019 to elect a government that would have put the fans before the financiers.

What we could have had pic.twitter.com/idcsrWsJoZ

This lot think they can sweep up £300m more each season than the other teams and then wander back on a Saturday and play with that advantage in the PL . Deduct points , fine heavily and embargo transfers. I hope they haven’t bought some of the other 14 clubs. #stopthesuperleague

One damning thing about #SuperLeague is that not one player at the clubs was consulted/allowed to make a statement on this. In the end, this is about where/how much they play. Workers, albeit millionaires, having no control over nature of labor due to appropriation by capitalists

This should be the moment that football supporters take back control. Stop TV fucking about with kick off times, £20 ticket cap, not letting clubs constantly change kits and charge £75 for top that costs 75p to make.

Would be great to see a proper fans campaign launched.

Okay I guess I’m going to be the one to say it then:

The #europeansuperleague is NOT the problem.

The #europeansuperleague is just a symptom of the problem.

The problem is capitalism.

Depressing as it is, this move is the inevitable result of the capitalist economic/poltical system under which the public good, including our enjoyment of sport, is readily sacrificed for the profits of a handful of unaccountable, unelected billionaires who do as they please.

← Review: Gorgeously Shot 'Gunda' Will Leave You Guilty for Loving Bacon, Also Kinda Makes No Sense | On 'The Nevers,' There's Nothing True About Amalia →