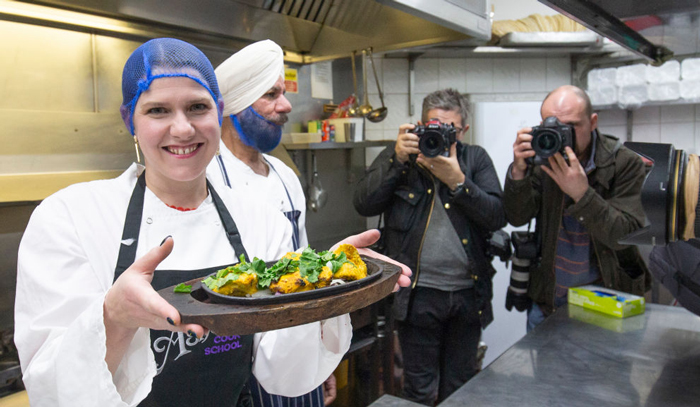 What are people craving as they shelter in place? The food delivery service Uber Eats gave some state-by-state insight on this curious question, revealing what was the most popular order in each of the 35 states where they operate. Popular picks included french fries, Pad Thai, and burritos. However, some choices on this list confounded Constitutional Law Professor at George Washington University, Jonathan Turley. So, he took to Twitter to expose his culinary ignorance.

The most popular uber eats orders in Oklahoma is spicy tuna roll and in both Missouri and Wisconsin crag Rangoon? California is chicken tikka masala? I don't even know what that is beyond the chicken. If true, we have an outbreak of the panpompous. https://t.co/42bRnUQTD0

Google can help you figure out what chicken tikki masala is, sir. I do enjoy these pretending-I’m-confused-about-cultures-but-actually-just-lowkey-racist-food-tweets, Professor. https://t.co/5HbNMhnZd5

logging on to tell everyone that i've never heard of one of the most popular chicken dishes ever https://t.co/rvNhAY2mnr

“Why aren’t we all ordering mayonnaise sandwiches??”

Sending you some shrimp chips and wasabi peas stat

crab rangoon is a fried puff filled with cream cheese and imitation crab meat, it’s been a staple of midwestern fast food since the 1980s, and this attempt at demonstrating your salt-of-the-earth bona fides only reveals that you have no idea how people live https://t.co/ipQjb8W5EQ

How in the hell can you be a Professor at George Washington University in culturally-diverse DC and not know what chicken tikka masala is? https://t.co/oIHcfgVW7t

Absolutely nuts to see dishes coded as lower middle class where I come from called 'pompous' by a law professor https://t.co/ZiS0W27XPT

stop trying to make your lack of taste our problem https://t.co/F9cSgw9Vsj

Wouldn't it be easier to just wear a sandwich board proclaiming your ignorance?

When this guy eats unsalted crackers it's called cannibalism.https://t.co/MRp1nk50Vs

← The Insane Plan Major League Baseball Is Considering In Order to Restart Next Month | So Many Buttholes: It Turns Out That Doing VFX On 'Cats' Was a Nightmare →