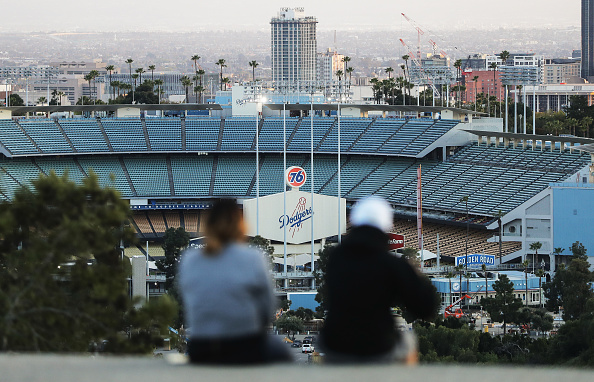 I grew up on baseball. I watched baseball almost every single night during my childhood and well into my teens. I worked my schedule around Braves’ games, and I managed to closely keep up with it well into my 20s. I have fallen off the wagon for various reasons — primarily because it is very time-consuming — but the return of baseball in America would provide a tiny sense of normalcy in an otherwise mad world, but perhaps not if the solution is more insane than the problem.

According to ESPN, the plan that is currently circulating, and that has been embraced both by MLB management and the players is this: Every team will play in Arizona in stadiums in the greater Phoenix area.

Players, coaching staffs and other essential personnel would be sequestered at local hotels, where they would live in relative isolation and travel only to and from the stadium, sources said. Federal officials at the Centers for Disease Control and Prevention as well as the National Institutes of Health have been supportive of a plan that would adhere to strict isolation, promote social distancing and allow MLB to become the first professional sport to return.

Basically, all the players and managers in all 30 teams would sequester themselves in hotels for four and a half months and basically only come out to play games. They would also be separated from their families. Assuming testing capabilities are ramped up, the players would be tested frequently. Rosters would allow for extra players in the event that a player tests positive.

There would be no fans in attendance, even though gate receipts account for most of MLB’s revenue. However, they would be able to air the games on TV, with the option of providing even more televised games, which I am assuming a lot of people in America would welcome.

It’s a crazy plan, and I feel bad for players who may not want to separate from their families for such a long period of time, and I am sure that it would take a toll on the players. But, MLB could provide something of a test case for a return to normalcy, if the players really are willing to go along.