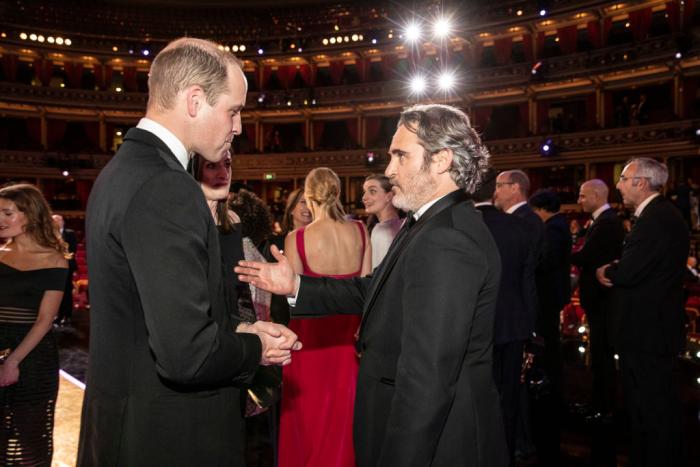 The British Academy Film and Television Awards took place last night at the Royal Albert Hall in London. Amidst controversies about the awards’ chronic and painful lack of diversity, Joaquin Phoenix picked up his belated gong for You Were Never Really Here award for giving an outsized and loud performance that was nevertheless better than the script it came from and he used his platform to do the bare minimum of a person in his position: To call out the deep, structural racism at the heart of his industry, to admit his own culpability in the proliferation of that structure, and to put the onus on the dismantling of that structure onto those who erected it in the first place and those who benefit from it. As a result, Twitter was abuzz with reactions to Phoenix’s speech.

Joaquin Phoenix’s BAFTA speech called out the awards for its historical whiteness — and himself and the industry for complicity with systemic racism, saying it was on white people to dismantle that system from which they benefit. He is correct, of course. pic.twitter.com/6xulkDEVAg

“We have to really do the hard work to truly understand systemic racism. I think that it is the obligation of the people that have created, and perpetuate, & benefit from a system of oppression to be the ones that dismantle it. So, that’s on us.”#JoaquinPheonix #baftasowhite
💯 https://t.co/IVqjnrhu54

“We have to really do the hard work to truly understand systemic racism. It is the obligation of the people that have created and perpetuate and benefit from a system of oppression to dismantle it.” - Joaquin Phoenix calling out #racism at #BAFTAs pic.twitter.com/PCvT98h0Jd

#JoaquinPhoenix definitely NOT Joking about:

“We have to do hard work to truly understand systemic racism. I think it is obligation of people that have created and perpetuate & benefit from a system of oppression to be the ones that dismantle it” #BAFTAspic.twitter.com/DlyxAwm16b

Joaquin Phoenix made the entire room uncomfortable with this speech so I think that’s a good sign https://t.co/q050s9iepz

Whew, y'all Joaquin Phoenix went so far in on #baftasowhite he walked away without his award.

Also, the best part was him admitting that he was part of the problem and saying he (and all of them) had to do better. #BAFTAs
pic.twitter.com/8Dh9A0jOQw

Seriously though, the full Joaquin Phoenix speech is… it’s… well it’s rather extraordinary.

"It's the obligation of people that create, perpetuate & benefit from a system of oppression to be the ones that dismantle it - that's on us" says #JoaquinPhoenix 👏🏻

WE - black folks & ethnic minorities have been saying it but are attacked for it #BAFTAs https://t.co/4tkn09zMih

Did I just hear the words 'systemic racism' on #Baftas???? [clasps mouth in shock]. S.O. to #JoaquinPhoenix for speaking forth.

Of course it's really about action…

See - a white man acknowledged the existence of systemic racism, and the uneven distribution of privilege and opportunity, and it did not kill him. It did not rend him limb from limb.@piersmorgan, take note. You might learn something. pic.twitter.com/k7z5Czsenf

I feel like, once he realized that Oscar win is inevitable, Phoenix decided to commit to turning his obvious distaste for publicity into something worthwhile with his very good speeches. It also has the benefit of being an excellent campaigning tactic. Wins all round! https://t.co/BmspLPlpj3

Great he said this.
Now who is going to step aside and pass the role presented to them to the Black person to be the lead actor or actress in the next blockbuster… https://t.co/HdM38TnCUq

Of course everyone claps and it’s back to those all-white London production offices tomorrow https://t.co/nwRFrU7oJV