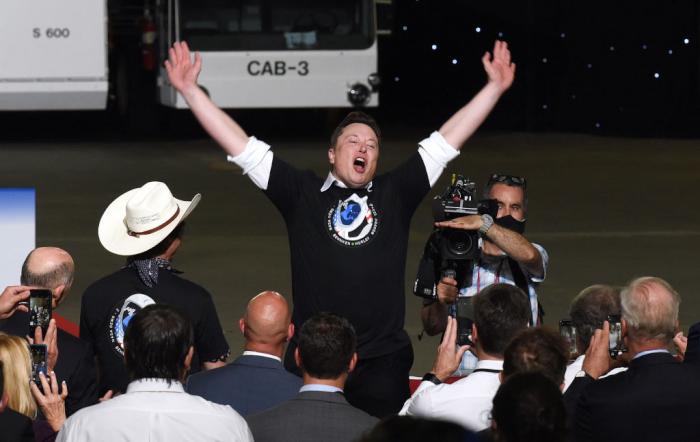 I used to think I hated you.

Sitting atop your mountain of hoarded, ill-gotten wealth like some banal sh*tdragon, with your anti-union business practices and your ludicrous male ego play-acting as ‘genius’ which legions of useful sniveling idiots bought into fully.

How could I not hate you?

But now I’ve come to realise that in many ways I’m thankful for you.

Because of your dedication. Your truly admirable dedication to being just such a cartoonishly reprehensible and stupid character online. It makes it so much easier for people to realise just how ludicrous the existence of billionaires even is.

You see you have those vaguely respectable-seeming billionaire types. The Bill Gates types. We don’t like them. They act sensible and maintain a veneer of maturity, cloaking their greed and unjustified existence in bullsh*t ‘philanthropy’ projects which profess to solve the world’s ills while actually just enhancing their portfolios which exacerbate those ills. We don’t like that. It makes it hard to convince some people that you billionaire types are often just as stupid as the rest of us—and that much propagated myth of huge wealth being the result of huge brains and powerful bootstrap pulling, well, it requires a constant chipping away at.

So thank god for you, Elon! You and your constant 12-year old edgelord Twitter stream, which makes that chipping away oh so easy. Like this righteous dunk on Marxism:

Das Kapital in a nutshell pic.twitter.com/mG44mMkitx

My dude, like, what even is that? I’ve seen more sophisticated burns from a bloke covered in puke on a 3am night bus.

Elon Musk in a nutshell pic.twitter.com/bXlb8Q1ZkV

Not like you who worked your way up to rich guy from [checks internet] son of an emerald mine owne.

could not agree more Elon! here's hoping some of these entitled TWERPS smarten up and learn from your example : ) pic.twitter.com/Vgpwa9xtre

That’s funny coming from a guy who got rich off of apartheid and government investments. Also- what chapter in Das makes the case for “give me that for free”? Or are you referring to the capitalists?

Didn't your family make its fortune in apartheid South Africa?

Hypothesis: English speakers who talk about 'Das Kapital' - rather than Capital - are unlikely to have ever read it. Corollary: they also believe it to be declarative and programmatic (like the manifesto) rather than a work of excruciatingly fine analysis. https://t.co/0sITyuMMll

you got em, bruh. pic.twitter.com/buUi3vKaF9

I'm 100% sure now that you've never read any Marx. But I get you don't have any time for that kind of reading with your busy schedule of ignoring your newborn baby and looking at epic memes on reddit

That's you in Bolivia

Elon Musk in a nutshell pic.twitter.com/wHlN5GAHJq

Bold post to make when all you’ve ever done is take massive government subsidies.

Elon Musk in a nutshell pic.twitter.com/PZktxnPV3d