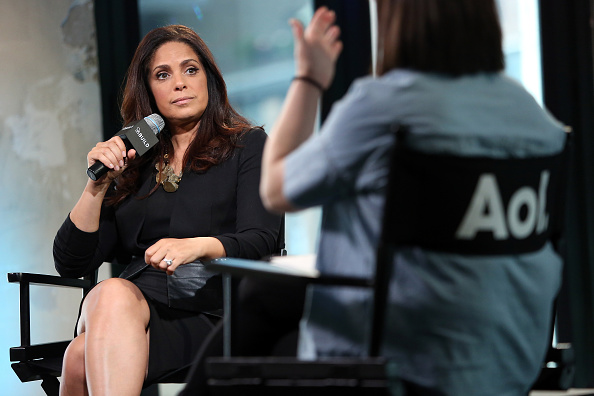 The Megyn vs. Soledad Twitter Kerfuffle Obscures the Real Issue

Many of us woke up this morning to see that “Megyn” and “Soledad” were trending, and in the world of Twitter, there’s only one Soledad, and while Megyns are a multitude, there is only one who spells it with a “y”: Megyn Kelly.

It’s going to be that kind of morning, isn’t it?

It started when Janice Dean, a Fox News meteorologist, toed the company line on Twitter and trashed something that Dr. Fauci said.

This is where the debate should have remained: Even the meteorologist on Fox News is trying to undermine Dr. Fauci, an immunologist who has only been the director of the National Institute of Allergy and Infectious Diseases for 35 years. Make no mistake: Whatever else you are about to see in the kerfuffle between Soledad and “the Karens” (not a racist term, MAGA-diots), this is about a meteorologist working for the propaganda arm of the Trump administration trying to undermine science. Has Dr. Fauci been right about everything from the beginning? Maybe not, but Fauci — unlike everyone else in the Trump Administration — has adjusted as he became aware of more facts and information about the disease. Meanwhile, Trump is still pushing hydroxychloroquine and insisting that the disease will vanish one day. Did everything go perfectly in New York City? Obviously not: Thousands of people died. But the city, which knew almost nothing about the disease as it came roaring through, managed to reduce cases and flatten the curve and — so far — keep it flattened, while places like Florida and Texas absolutely refused to learn any of the lessons from NYC, which is why there are now more daily infections in Florida than there were during the peak in NYC.

Again, that should have been the focus, especially with so many people in Dean’s mentions dismissing Fauci, e.g.:

The fact that Fauci is heralding NY for the great job that it’s done while DeSantis, who actually protected his nursing homes, is getting trashed, shows just how credible Fauci is. He needs to go.

This cannot be allowed to stand, they are peddling outright lies and fallacy about what happened and what continues to be happening. Why is Fauci allowed to spew this without repercussion? Cuomo as well…nothing but narcissistic behavior laced with untruths.

That is not what happened. What happened is that Soledad O’Brien got snarky about a meteorologist suggesting that she knows more than Dr. Fauci:

Little did Soledad know, but this particular meteorologist cuts a sympathetic figure in Fox News circles, which drew the ire of Megyn Kelly.


That “meteorologist’s” name is @JaniceDean. She’s a working mom w/MS who is married to a hero 9/11 fireman. She lost both in-laws in NY nursing homes thx to Cuomo’s disastrous orders & so yeah, she gets an opinion.
She also epitomizes class & kindness. Remember those? https://t.co/uBUztxWIj0

From there, it kind of spiraled:

What did I do to deserve the Blackface lady tweeting at me while I’m still in bed? This doesn’t bode well for my day, tbh.

(Expert in Blackface weighs in).

Dr. Fauci said “you can bring down those cases”. Which NY’ers did. What he said was not “garbage”, but factually and scientifically correct. She’s welcome to weigh in on anything she wants to. As are you. As am I. https://t.co/FQZSdINomX

A better q is ‘why attack Fauci?’ His quote is accurate. Go hate on an elected official if you’re mad but Fauci’s quote is correct.

The best part of all of this, really, is that Megyn Kelly — who was not tagged — answered to “Blackface lady.”

Don't give a shit about any of this, but pretty funny that Megyn Kelly is now answering to "Blackface lady" pic.twitter.com/bsVPQwRx5s

A lot of white women/Trumpers came after Soledad, because they (wrongly) believed they had the upper hand. I won’t go through them all, except to say that the general sentiment was: Soledad is an “elitist” or “smug,” and you got the feeling that those words were code for another word, although Jenna Ellis took a different approach by trying, I think, to call Soledad O’Brien … dumb?

Says the college drop out who finally graduated with a degree in English and American literature. https://t.co/MV6kAzQT57

There’s a whole post that can be written just about this tweet alone. This Jenna Ellis “Esquire” (you know who uses “Esquire”? People who are insecure about their legal credentials) is a lawyer for Trump. I’m not going to school-shame Ellis, because I don’t think anyone should be valued based on where they went to school, except to say that, it’s insane that Jenna Ellis thinks trying to shame Soledad — who went to Harvard — for not completing her degree in four years is a hill worth dying on.

Ma’am, if I went to a school whose rigorous admission requirements included being able to walk upright and pay the tuition, I’d probably pump the brakes before I came for someone who got a degree from Harvard.

Sit the fuck down.

I think the reason I viscerally detest Jenna Ellis is because she is representative of the kind of shitbaggery that elected Trump:

Profoundly ignorant - I mean dumb as a fucking stump - and yet, profoundly arrogant after a lifetime of being nurtured to believe the opposite.

Anyway, let’s bring this home, and let Soledad sum up the entire kerfuffle:

1. Megyn admits she’s the Blackface Lady
2. I literally pointed out she’s a meteorologist— ‘small” is your word. Hmmmm. You’re welcome to accept her pov over an infectious disease expert.
3. Fauci’s quote is accurate. He said “bring down those cases”. https://t.co/FDcBMDVqIU