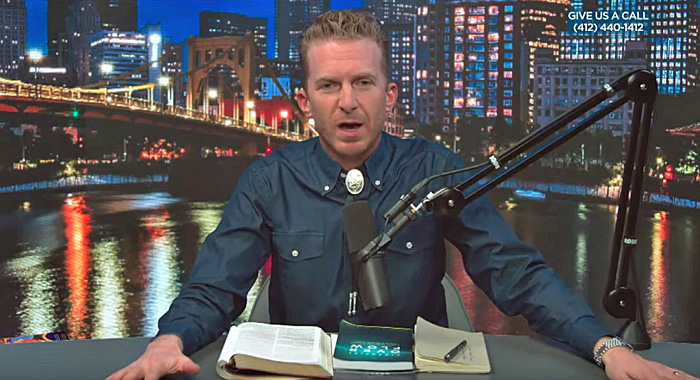 Meet Jonathan Shuttlesworth, a Pittsburgh area pastor who’s been gaining notoriety after announcing his plans to throw a “Woodstock-like” gathering of evangelicals on Easter Sunday who are tired of the federal government telling them they can’t go to church. If alarm bells are already going off in your head, congratulations, you’re smarter than Buckaroo YouTuber up top.

For context, Shuttlesworth’s hair-brained scheme was sparked by the Monday arrest of Florida pastor Rodney Howard-Browne who continued to thumb his nose at authorities and public safety by holding Sunday service at his megachurch in Tampa. If that name sounds familiar, yes, Howard-Browne is the guy who encouraged his congregation—his massive congregation—to hug and shake hands during a global pandemic. Here’s the problem with arresting him though. While it absolutely makes sense to impress the gravity of the situation on Howard-Browne before he single-handedly causes an outbreak in the community, leaving who knows how many innocent bystanders infected, evangelical churches have been itching for the showdown moment when the government outlaws going to church. You know how gun nuts get that glassy look in their eye when they methodically discuss their murder porn fantasy of mowing down a home intruder? This is the evangelical version of that.

Granted, Howard-Browne has since capitulated (albeit by leaving a smattering of bullsh*t conspiracy theories in his wake) and will no longer hold services, the damage was already done. Lunatics like Shuttlesworth were off to the races, and he was already primed for this fight after calling European churches a “bunch of pansies” last month.

“Shame on every European full gospel church, bunch of sissies, that shut down during this thing,” Shuttlesworth said. “If you’re putting out pamphlets and telling everybody to use Purell before they come into the sanctuary and don’t greet anyone, you should just turn in your ministry credentials and burn your church down — turn it into a casino or something,” he said on social media. “You’re a loser. Bunch of pansies. No balls. Got neutered somewhere along the line and don’t even realize it.”

While promising to “start dressing like an outlaw so I look good for my mugshot,” Shuttlesworth announced his “Woodstock” Easter gathering to protest governments forcing churches to practice social distancing, which he feels is a First Amendment violation. Although, when CBS Pittsburgh managed to arrange an “interview” with Shuttlesworth, he became extremely defensive, attempted to shut it down twice, and then eventually watered down his boasts by saying the event would practice social distancing. I’m guessing his promise to confer with legal counsel went differently than he thought, but never rule out the stubborn determination of an idiot who has no concerns about his effect on this world when riches surely await him in Heaven.

In a not entirely unrelated turn of events, Ammon Bundy, who led that standoff where everybody ran out of snacks a while back, is trying to stir things up in Idaho by promising to round up armed posses if the government forces anyone to stay home, because that’s exactly what we need right now.

Bundy said the “situation” could be “so and so needs (us) to go down to his business,” or “so and so (needs us) to file suit, grievance.” Bundy also said that a “bad actor,” or someone who infringes on peoples’ rights, could be targeted for protests at their homes.

“We need to find out who’s the bad actor here,” he said. “We need to go to his house and act in that way.”

Bundy told the Idaho Press he’s not opposed to weapons being used in a situation where “physical defense” is required.

“When someone’s rights are being violated for whatever reason … then thousands of people come and surround that person and bring a tremendous, a lot of attention and bring accountability to the bad actors,” he said. “The First Amendment is secured by the Second Amendment.”

What’s incredible about all of this is that these orders are now coming directly from the White House, specifically from the lips of a Republican president these people believe was “chosen by God” to lead this country into greatness. In simpler terms, their own dude is saying, “Hey, everybody chill at home for a minute,” and now, suddenly, the government is out of control. Not Trump, of course, but the “government” in a nebulous context that will mean nothing when they gladly pull the lever for the sexual assaulting sweet potato who they’re currently defying.

Meanwhile, it’d be easy to laugh as social Darwinism take these rubes out, but because this timeline is broken, they’ll almost definitely walk away unscathed, yet somehow manage to infect a bunch of poor saps who accidentally bumped into them at the store. “All I did was join a large posse and/or shook hands with a massive Easter gathering, how was I supposed to know that’s how this thing spreads?!” 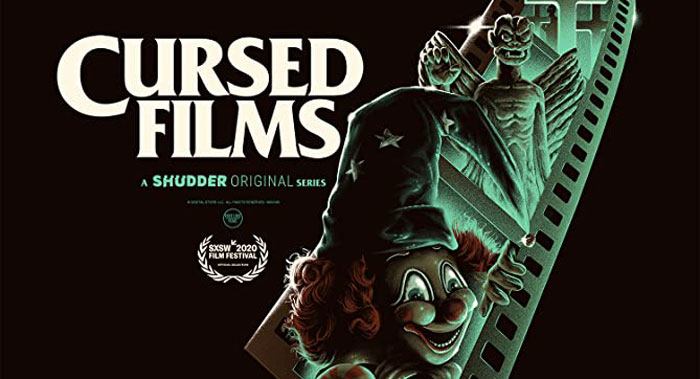 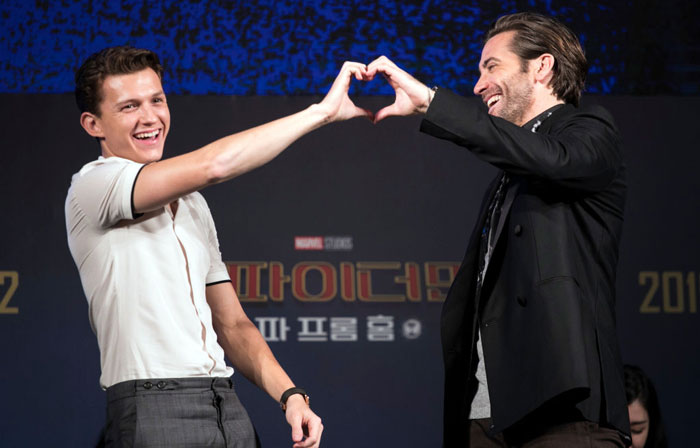