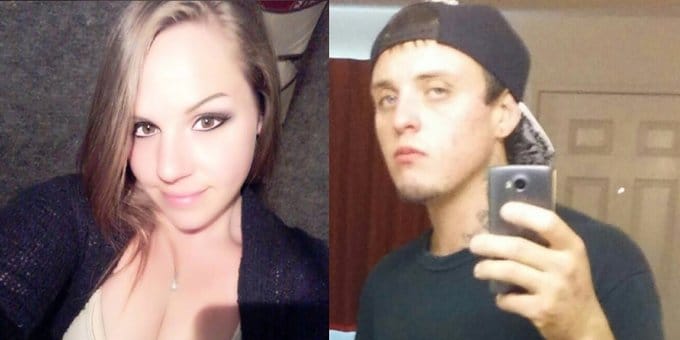 Landlord Arrested For the Death of His Tenants, the Couple Found In A Suitcase By TikTok Users

If you’ll recall, the app Randonautica was extremely popular a few weeks (months?) ago, as it allowed users to leave their homes in search of new places without going into populated spots. Overnight, YouTube channels and TikTok content creators were all over the app and claiming that it led them to creepy and disturbing locations, people, and items. At least one of the TikTok videos using the Randonautica app was authentic, featuring a group of teens — whose intentions were “money” — to locate a suitcase on Seattle’s Alki Beach on June 19.

Investigators identified the dismembered remains as those of Jessica Lewis, 35, and her boyfriend Austin “Cash” Wenner, 27. It was estimated that they were slain nine to ten days prior to their discovery. Initially struggling to find a suspect, police arrested 62-year-old Michael Lee Dudley. He was the couple’s landlord and witnesses claim that they heard him argue with his victims before hearing a male voice pleading, “Please don’t do this, just let me leave.” Someone called law enforcement after gunshots were heard, but since Dudley didn’t answer the door, Burien police left the scene.

Another tenant moved into Dudley’s home on June 9 and alleged that she found a pile of clothes in her room that appeared to have a body under it and a human hand visible. The hand had blood on it, according to the witness, and Dudley had what she believed to be defensive wounds on his person as well. After mentioning what she’d seen to Dudley in a joking manner — to avoid possible violence on her person — the tenant was asked to go somewhere for a while so her new landlord could clean up the mess. This apparently involved painting the room where the murders allegedly took place.

Disturbingly, Washington state forensic anthropologist Dr. Kathy Taylor and prosecutors believe that Dudley did not act alone in his crime. After shooting Lewis multiple times and Wenner once, Dudley and possibly one or more accomplices used multiple different implements to dismember their bodies and place them into bags for disposal. Dr. Taylor attributes this conclusion to the non-uniformity of the cuts on the bodies and the number of different tools used.

In the days after Dudley’s arrest was made, YouTube Channel NightDocs posted a now-deleted video questioning whether the suspect might be a serial killer based on information from parties that contacted him. Supposedly, Dudley had beaten a dog to death for killing chickens, threatened his neighbors, and made jokes about the deaths of Wenner and Lewis to friends. Whether he has butchered people before remains to be seen, but he has been charged with two counts of second-degree murder with bail set for $5 million.

In a strange footnote to this case, Burien police apprehended two men and one woman on August 22 for breaking into Dudley’s property and attempting to remove his vehicle. They’ve been charged with robbery at this point.

https://t.co/oBpABRZYK4
Michael Lee Dudley charged with two counts of murder in the second degree
Held on $5 million bail he will be arraigned Sept. 8 pic.twitter.com/IwPxlu6vJL

← Someone Made the Perfect RNC Theme Song | Is It Time To Re-Evaluate Tina Fey's 'Mean Girls?' →