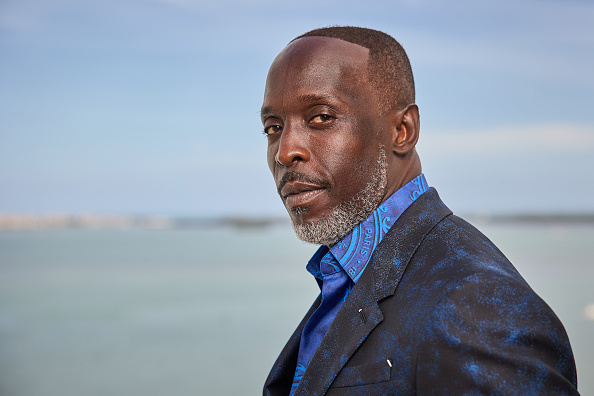 Michael K. Williams died yesterday at the age of 54. To say it is a devastating loss would be an understatement. The actor best known for his work in The Wire, Lovecraft Country, and Boardwalk Empire was not just a great actor who brought a spark to every role he inhabited but he was also beloved by the acting community. Many in that community, as well as fans, shared their thoughts on social media in tributes to him and fond remembrances of better times with the actor.

The roles he created were layered and iconic. His immense talent was undeniable and will truly be missed. Rest in power Michael K. Williams. pic.twitter.com/ExSlPpgd0v

If you don’t know, you better ask somebody. His name was Michael K. Williams. He shared with me his secret fears then stepped out into his acting with true courage, acting in the face of fear, not in the absence of it. It took me years to learn what Michael had in abundance. pic.twitter.com/BIkoPPrPzg

Please God No. I can’t take this pain. Death cannot be this normal.

Loved the No Reservations where Bourdain and Michael K. Williams are wandering Brooklyn, MKW knows everyone, they know him, a mutual lovefest between a man and the people of a city, they pick a random restaurant and run into Marlo https://t.co/0MMrklHHF4

Michael K. Williams: One of the kindest, gentlest, most genuine, giving and courageous souls I've ever met. Rest in peace, my brother. #MichaelKWilliams pic.twitter.com/tqjAnGhQDY

From the first season premiere screening of The Wire at The Senator Theater in Baltimore. Rest in peace, my brother. #MichaelKWilliams pic.twitter.com/85Twz7Hhtk

Michael K. Williams was not just an outstanding actor. He was committed to criminal justice, building up community and transforming policing. Met him in Brownsville and he was all about it. I couldn’t help but admire him. #RestInJustice and be at peace.

I was the midwest director for Obama in 2008, true story #MichaelKWilliams (Omar) showed up to our Gary Indiana office and asked to canvass the housing projects. Didn't tell anyone who he was, just walked a packet and came back then took pictures with the staff. Great human.

We send our deepest condolences to the family of Michael K. Williams.

A true New Yorker and a friend to @TheGarden and @gardenofdreams. Rest in Peace. pic.twitter.com/StenfDkraQ

The loss of Michael K. Williams is just heartbreaking. One of our great actors.

Getting to know him, he was everything I’d hoped he might be—funny, serious, deep, sensitive and joyful. He was absolutely beautiful inside and out. He loved to dance. And, that insanely gorgeous smile he had.

I remember sharing this video earlier this year with some homegirls and thinking, please god let me be in my 50’s in a park dancing to some house music with a high knee step just in love with life itself. #MichaelKWilliams pic.twitter.com/YOQrdVHgDX

I feel punched in gut to learn we’ve lost Michael K Williams. Soul anguished. Getting to work with him was one of the greatest privileges I’ve had in my career. My admiration for his talent was boundless, like so many. If he was in a scene he was the best thing about it. Period.

From my heart, years ago. I said it then, and it must be said now…… pic.twitter.com/qD09DEprw3

Michael K. Williams was a god damn genius, a black queer icon who challenged the ideas of black masculinity at a time when it wasn't easy and a truly great dude. A huge loss.