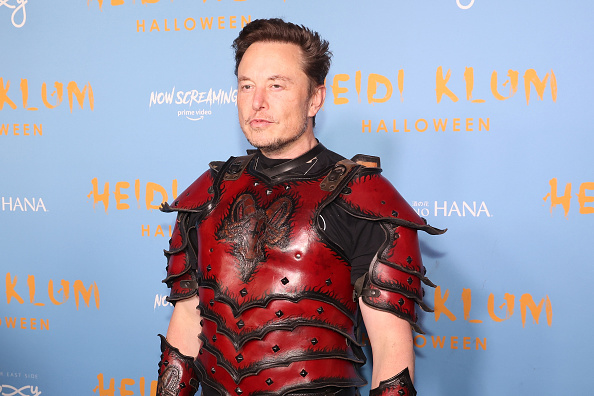 Elon Musk has owned Twitter for all of four and a half days, and I get the feeling that around a week after the midterms, the man’s gonna be ready to shut the whole thing down as a $44 billion tax write-off. Elon Musk insanely overpaid for a service that he does not know how to run. I also get the feeling that the worst-case scenario for investors in SpaceX and Tesla is coming to pass: Musk is concentrating all of his attention on Twitter instead of his real jobs.

Musk is fielding so many complaints at this point that he’s already changed his Twitter name from “Chief Twit” to “Twitter Complaint Hotline Operator,” which apparently amounts to mostly answering questions about whether TFG will be let back on to the social media platform. “If I had a dollar for every time someone asked me if Trump is coming back on this platform, Twitter would be minting money!” Musk tweeted yesterday.

But he’s not minting money, and it very much appears that the idea to charge verified users a monthly fee to keep their blue checkmarks is a very real and very bad idea. Musk confirmed as much in a Twitter exchange with author Stephen King, who tweeted, “$20 a month to keep my blue check? Fuck that, they should pay me. If that gets instituted, I’m gone like Enron.” In spite of what the many Musk fanboys are saying in King’s replies (“You can’t afford $20?”), he’s not wrong. Again, you do not charge the very people who generate audiences for Twitter a monthly fee. They are doing Musk a favor.

Musk, in responding to King, insisted that this is the only way for Twitter to make money and fight off bots and trolls. “We need to pay the bills somehow! Twitter cannot rely entirely on advertisers. How about $8?” Musk responded. “I will explain the rationale in longer form before this is implemented. It is the only way to defeat the bots & trolls.”

Maybe Musk knows more than I do, but the verified users are the only people we know aren’t trolls, bots, or imposters (it’s why the blue checkmark system was originally created), so I have no idea how this would combat trolls and bots. If he wanted to do that, he’d need to charge everyone else $8 a month, except they wouldn’t pay it. Musk seems to think that most users place as much value on Twitter as he does when most of us only pop in a couple of times a day to check the news and see what stupid thing Scott Baio tweeted. Most of us really won’t miss it. In fact, after a few days away, we might even feel better about ourselves and the world.

Running Twitter is clearly a lot harder than Musk thought it would be. He can lay off 25-75 percent of all the employees — as he has promised — but then who is going to implement all of these big ideas? And how is that going to affect morale? I don’t feel too terribly bad for salespeople who earn up to $300,000 a year getting their pink slips, but also: They probably earned $300,000 a year because they brought in big advertising accounts, which Musk desperately needs. Twitter can’t survive on the fuel of Musk sycophants alone.