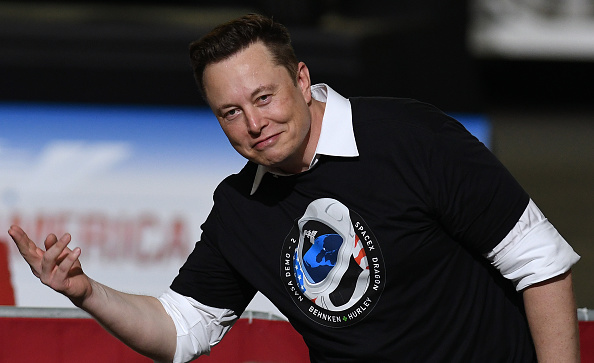 Elon Musk Is Not Very Bright

I do not have a strong business sense, which is not to say that, after nearly 20 years of running a site, I don’t know what works. The business model for a site like ours is fairly straightforward, and you’ve probably seen a number of your favorite pop-culture websites over the years follow it: Develop a following and then sell your site to an entity that will hire a lot of writers, ramp up production to 40 or 50 search-optimized posts a day, strip your site of personality, generate goodwill with the studios to gain more access, and then ride that hamster wheel until it either falls apart or someone else buys it. Hello Cinemablend!

Obviously, that is not how we operate. We write 8-10 posts a day, there are no quotas, and save for film reviews, there are no real assignments (and even with film reviews, we don’t assign movies to anyone who doesn’t want to review them). We write about what we want to write about when we want to write about it, we don’t do interviews, and while we will accept screeners, we don’t care if we lose out on them (most of us don’t have time to watch the damn things anyway). We also do not solicit advertising. We insert a piece of code, and ads with which we have no association magically appear.

There are trade-offs, of course, primarily that there is very little profit involved. But we do it because we (hopefully) like it. And if we don’t like it, we don’t have to do it anymore, because most everyone here either has a day job or other outlets for which they can write. If I lost the site, I would be devastated, but then probably go teach high school or something and make more money. We do well enough to survive, and that’s about it.

One gets the feeling that that is how Elon Musk wants to operate Twitter — as his little sandbox where he and his friends can troll humanity without repercussion. But Twitter is a company he is buying for $44 billion, the money for which will come partially from loans that have to be repaid and that rely on the collateral of Elon Musk’s Tesla stock. He wants to have the freedom to run a company according to his whims and beliefs, but he also has to make a profit in order to pay back his loans. That’s going to be an issue, however, because Twitter’s yearly profits 16 years into its existence are not enough to pay the interest on the very loans that Elon Musk has taken out to purchase Twitter, and this rudimentary understanding of “free speech” is not going to help Elon Musk turn a profit.

By “free speech”, I simply mean that which matches the law.

I am against censorship that goes far beyond the law.

If people want less free speech, they will ask government to pass laws to that effect.

Therefore, going beyond the law is contrary to the will of the people.

How is Elon Musk going to make Twitter profitable enough just to continue surviving? Twitter does not rely on government contracts or the purchasing power of wealthy douchebags. Twitter relies on ads. It also relies on its 7,000 employees to keep running. In order to keep the place running, you have to keep those employees happy, and in order to pay those employees, you still have to sell ads.

You may have heard, Elon, that employees have a lot of leverage these days. They don’t like hostile work environments or toxic spaces. They don’t want to be bullied or called out by their boss on the very platform upon which they work. And believe me, employees are not easily replaceable. At least not good ones. And certainly not 7,000 of them with very specialized skills.

If Musk allows Twitter to become a bigger cesspool than it already is, never mind all the users that may bail. Advertisers are not going to want to be associated with the social network. Maybe Elon Musk can withstand a Twitter mob, but can Tide Detergent? Or Burger King? You know, Tucker Carlson and Laura Ingraham might be very popular on Fox News, but there’s only so much money the MyPillow guy can spend to advertise on the network. Tucker Carlson’s show brings in annual revenue of $190 million (it was down 45 percent last year because advertisers don’t want to be associated with assholes). The profit for all of Fox News last year was $567 million, less than the interest burden alone on Twitter, which will increase to $845 million annually after Musk takes over. You cannot pay that without the ad revenue from huge corporations that have no interest in wading into the culture wars, not when they can avoid doing so by advertising on Facebook or Instagram, or any of the 10 other social networks with more worldwide users than Twitter. When it comes to selling doohickeys and doodads to users, Twitter is not special. Journalists, celebrities, and politicians may use it to amplify their message, but it still relies on users to make a profit.

We haven’t even talked about the restrictions placed on social networks in places like Europe, where they don’t allow the intentional spread of misinformation. They require moderation. And so do the Apple and Android stores: Remember when Parler was kicked out of the Apple store and suspended by Amazon Web Services, the same Amazon Web Services that currently hosts Twitter and that is also owned by a billionaire who isn’t a fan of Musk? Just give Bezos an excuse, Elon. You know he’s tired of being the second richest man in the world.

If you want to survive and be able to service your debt, whether you are a public or private company, you still have to make a profit, and you cannot make a profit without collecting ad revenue and maintaining your employees, and you cannot collect ad revenue and maintain your employees if you allow bullying, hate speech, racism, sexism, transphobia, and misinformation to flow freely within your company and on your social network. It’s just that simple.

Good luck, Elon. I’ll tell you what my father used to tell me: “Dusty, for a kid who is as smart as you are, you sure aren’t very bright.”